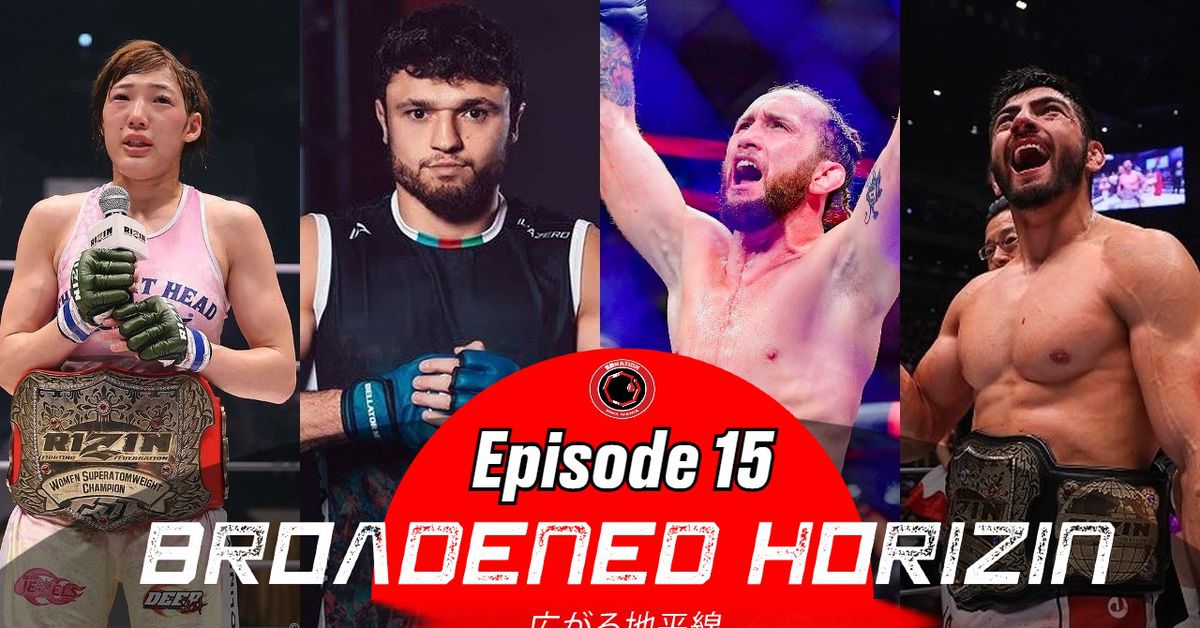 RIZIN 35 was the last event before the Japanese combat sports world shifted complete focus on kickboxing for the highly anticipated dream match between Tenshin Nasukawa and Takeru Segawa.

Fresh off yet another stunning victory over the legendary Ayaka Hamasaki, Seika Izawa rejoins the show as the official RIZIN Super Atomweight queenpin. Firmly holding the spot atop the Atomweight mountain, Izawa now hopes to take out every competitor in the division with hopes of a Grand Prix in the works. At the same time, “Starflower” remains the Deep Jewels Strawweight champion so there’s no shortage of immediate following options.

After Izawa, Vugar Karamov joins the show after a successful rebound win over Taichi Nakajima at RIZIN 35, who he submitted via triangle choke in just two minutes. The Azerbaijan native looks to continue making his name as one of the best Featherweights on the roster.

Ultimate Fighting Championship (UFC) Bantamweight hopeful and RIZIN alum Victor Henry then chats about their unanimous decision win over Raoni Barcelos earlier this year (Jan. 2022). The Josh Barnett protege targets a return to the Octagon near the end of the summer.

Last but not least, one of the best submission artists on the planet, current RIZIN Lightweight champion Roberto “Satoshi” de Souza wraps things up. Satoshi earned redemption against Johnny Case with a second-round triangle armbar submission in the RIZIN 35 main event. After his win, Satoshi expressed his interest in pursuing a second organizational title similar to how Kyoji Horiguchi did with Bellator. Coincidentally enough, the promotion’s current champion was a competitor in the same Lightweight Grand Prix that Satoshi was when suffering his lone defeat to the aforementioned Case.

Watch the full episode in the video embedded above or you can listen on Spotify.