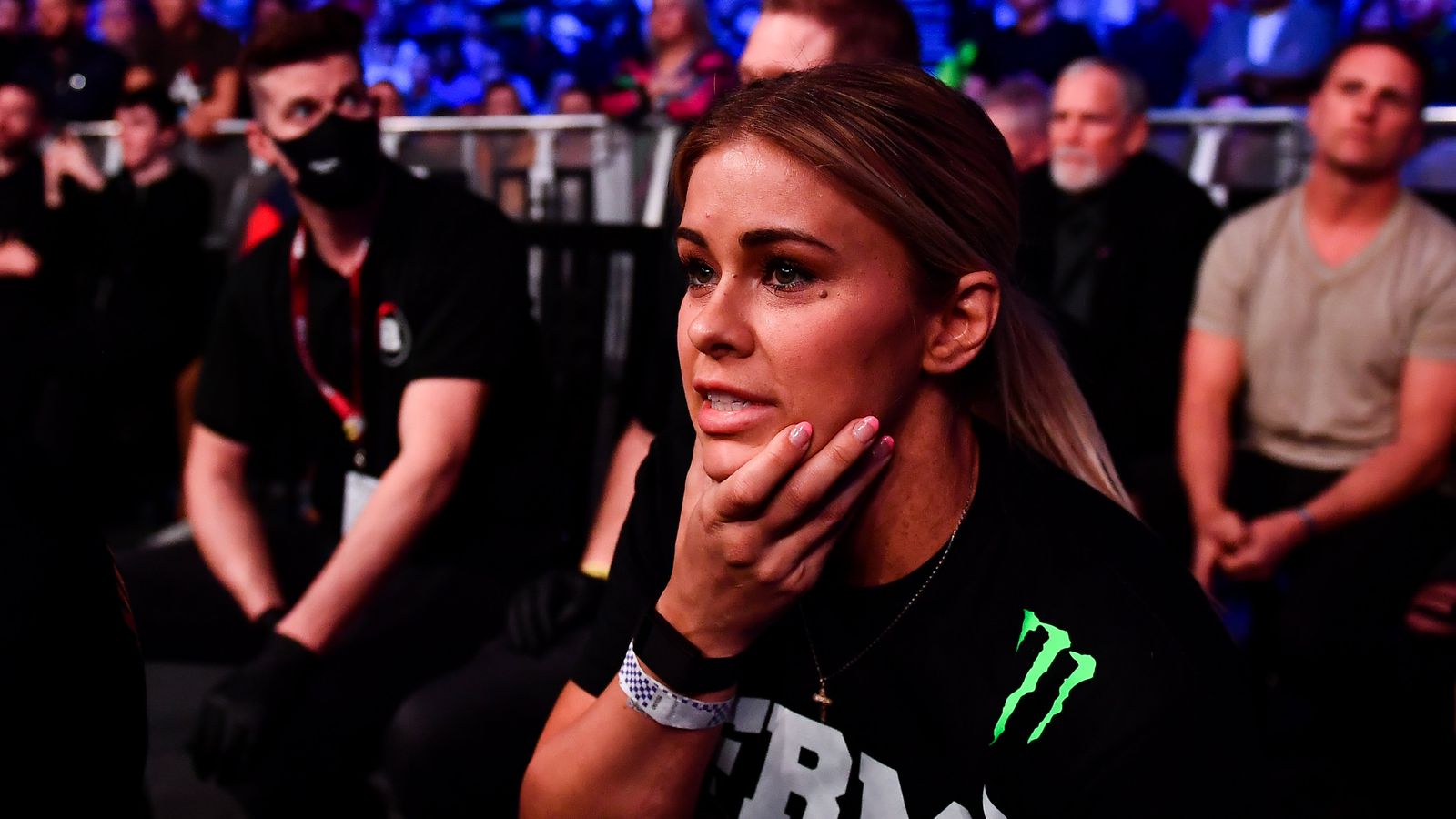 MMA fighters and bad tattoos, a combination as successful as peanut butter and chocolate. That’s said without judgement, too, speaking as the professional fighter with a diamond carved into the sole of his foot. The longstanding trend makes it clear that getting questionable tattoos is a hard urge to resist for those who get punched in the face for money. Just to name a few examples over the years, there’s iffy ink of famous flying knees, brand-elevating skull helmets, and of course, a certain homage to the great Johnny Cash.

That’s not even the worst of it.

There is some great artwork circling the MMA world as well, like this Joe Rogan piece or the rather accurate portrait of Urijah Faber. Ultimately, it’s all up for debate whether work is good or bad, particularly online where every little detail will be analyzed and harshly critiqued.

Ex-UFC fighter and current bare knuckle boxer Paige VanZant is the latest to open herself up to such judgement, revealing new ink along the tops of her knuckles.

In the caption, VanZant wrote, “‘Heart of a Warrior, Soul of a Lion.’ No one can ever deny how much heart I have in my fights. At times I’ll drop everything I have ever learned and fight with nothing but pride, which doesn’t always lead to the best outcome. This is a reminder to myself, I already have the heart and soul all I need to do is take care of the rest. thanks for the work @_Zack_aaron_tattoo_”

Fan reaction in the comments is … mixed, to say the least. The words “dumbest” and stupidest” are thrown about, and one commenter ponders, “Isn’t it heart of lion and soul of warrior?”

At the moment, VanZant’s fighting future is “up in the air.” She’s largely ruled out any return to UFC, but she remains signed with Bare Knuckle Fighting Championship and recently began working with AEW as a professional wrestler as well.

Tony Ferguson describes an odd situation at UFC 274 and leaves us to draw our own conclusions.

Usually @usantidoping tests as soon as I get into the arena, almost every time. This time I wasn’t tested day before or day of. They tried to have me sign a beneficiary agreement before I wrapped my hands, which never happened in any of my fights UFC 274 https://t.co/vMZ7x3sCVC

PFL is heading to the United Kingdom!

The PFL’s 2nd and 3rd 2022 Play-Off events will take place in Cardiff and London this August.

Both events will be shown live on Channel 4. pic.twitter.com/JwjtM9r9GT

Comedian Theo Von had some complimentary things to say regarding the ankles of Max Griffin.

This is a fun Featherweight booking from Bellator!

A very nice breakdown of the grappling exchange between Charles Oliveira and Michael Chandler, in which both men did some smart work.

A nice demonstration on finishing the anaconda choke without doing the classic gator roll:

This feels like the plot of a future Letterkenny episode, and I’m here for it.

Josh Emmett punches holes through people, in case you were unaware.

Midnight Music: I dusted off the record player for the first time in a while, throwing on David Byrne’s American Utopia On Broadway. I saw that concert back when Byrne was touring for it, and the Broadway recording certainly captures the magic!