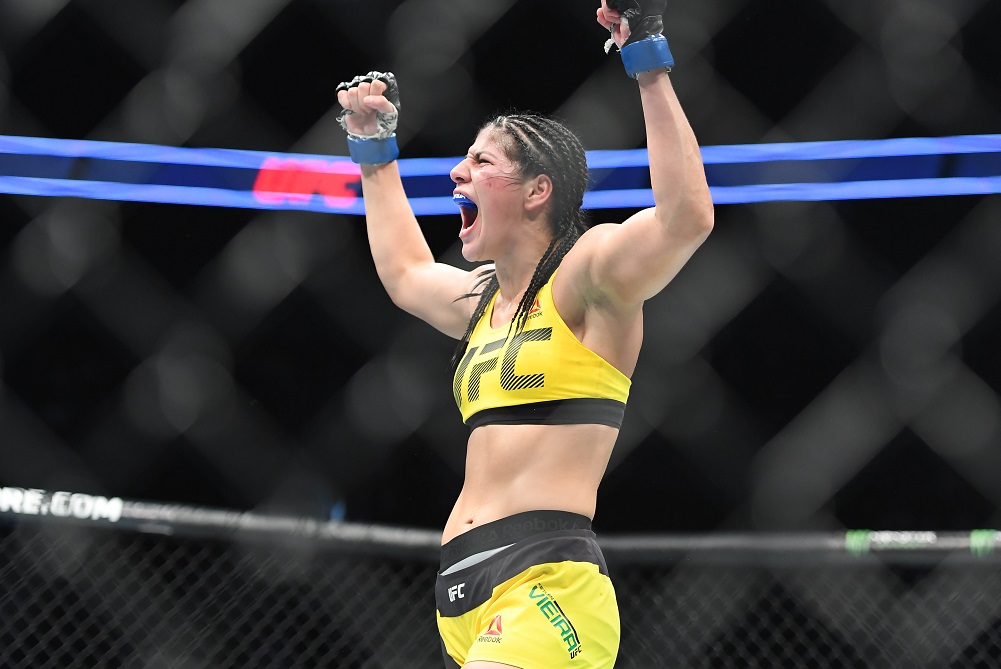 Usman has five consecutive defenses of the UFC’s 170-pound title and is now in the discussion as the greatest welterweight of all time.

While he wasn’t completely satisfied with his latest win over Robert Whittaker, Adesanya did notch another title defense and wants to turn around quickly to face Jared Cannonier.

Oliveira, despite missing the official championship weight limit, put on a championship to defeat Justin Gaethje at UFC 274.

Johnson competed in a hybrid muay thai/MMA match vs. Rodtang Jitmuangnon and submitted him in the second round.

Bader dominated his opponent from start to finish utilizing his main strengths, wrestling and ground and pound.

Moreno was frustrated in the result of this third fight with Deiveson Figueiredo and is hoping they can rebook the matchup immediately, and he’s willing to make a quick turnaround to do it.

Holloway has hinted at some big things on the horizon that don’t necessarily revolve around getting another crack at Alexander Volkanovski.

Teixeira’s final career chapter has been amazing to watch unfold, claiming the UFC light heavyweight title at 42 and adding to the legend of a storied run.

The 31-year-old former middleweight champion has solidified himself as the clear No. 2 in the division, as he and Adesanya are simply above the competition.

The women’s bantamweight division was shaken up after a controversial split decision in the main event of UFC Fight Night 206.

Ketlen Vieira squeaked by Holly Holm after five rounds of back-and-forth action, claiming a split decision victory over the former UFC women’s bantamweight champion. The fight was incredibly close, with both women having their moments throughout the fight. However, when it was all said and done and the scores were read, the result did not sit well with many, including Holm, who thought her work in the clinch sealed the win. Vieira’s strikes appeared more impactful when in space, earning her the nod on two of the three judges’ scorecards. After the win, she moves up to claim the No. 4 spot in this week’s rankings update while Holm falls behind her at No. 5.

The co-main event saw a Fight of the Night battle between Michel Pereira and Santiago Ponzinibbio. This one was another intense fight that was so close the judges had trouble agreeing on who won after 15 minutes of non-stop action. Ultimately, Pereira was awarded the victory via split decision, and now claims an honorable mention spot at welterweight.

Tabatha Ricci was also in action on the main card at Saturday’s event, and she picked up a unanimous decision win over Polyana Viana. For her efforts, she enters the honorable mentions at strawweight, replacing Viana.

Check out the full updated rankings in the pull-down lists above following UFC Fight Night 206.