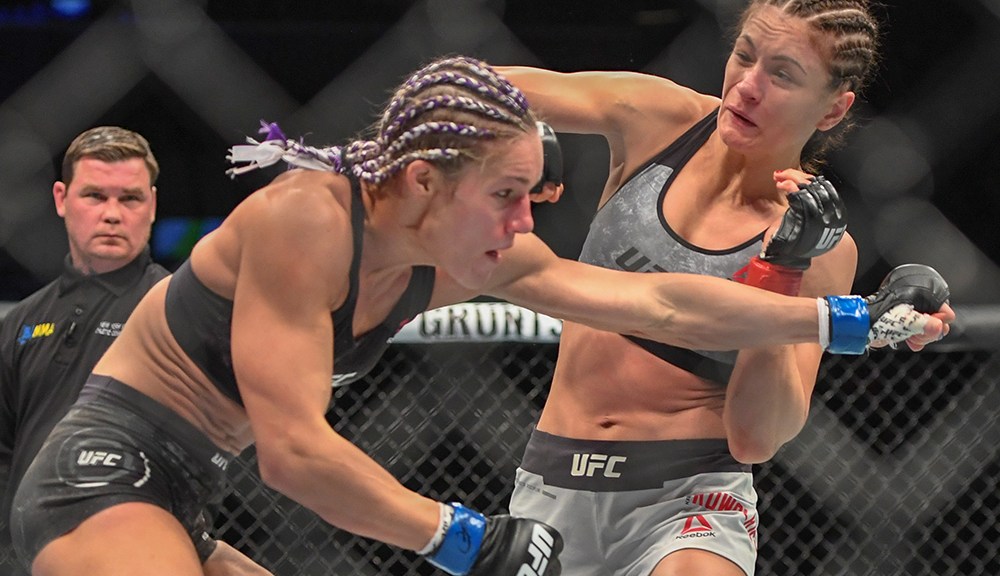 For weeks, Felice Herrig vs. Karolina Kowalkiewicz was rumored – and now it’s official.

The matchup will take place June 4 at UFC Fight Night 207, the promotion confirmed Friday, weeks after it appeared in leaked footage of the promotion’s “war room” matchmaking board. The event takes place at the UFC Apex in Las Vegas and streams on ESPN+.

The bout is a rematch of their April 2018 meeting at UFC 223, which Kowalkiewicz won by split decision.

Herrig (14-9 MMA, 5-4 UFC) has not competed since August 2020 and has competed only once since October 2018. She is on a three-fight skid, with her most recent losses coming to Virna Jandiroba, Michelle Waterson, and Kowalkiewicz – all by decision.

Kowalkiewicz (12-7 MMA, 5-7 UFC) is a former UFC title challenger who is in the midst of a five-fight losing skid. She most recently competed in August 2021 when she was submitted by Jessica Penne. For this fight, Kowalkiewicz has moved her pre-fight preparation to American Top Team in Coconut Creek, Fla.

With the addition, the UFC Fight Night 207 lineup includes: