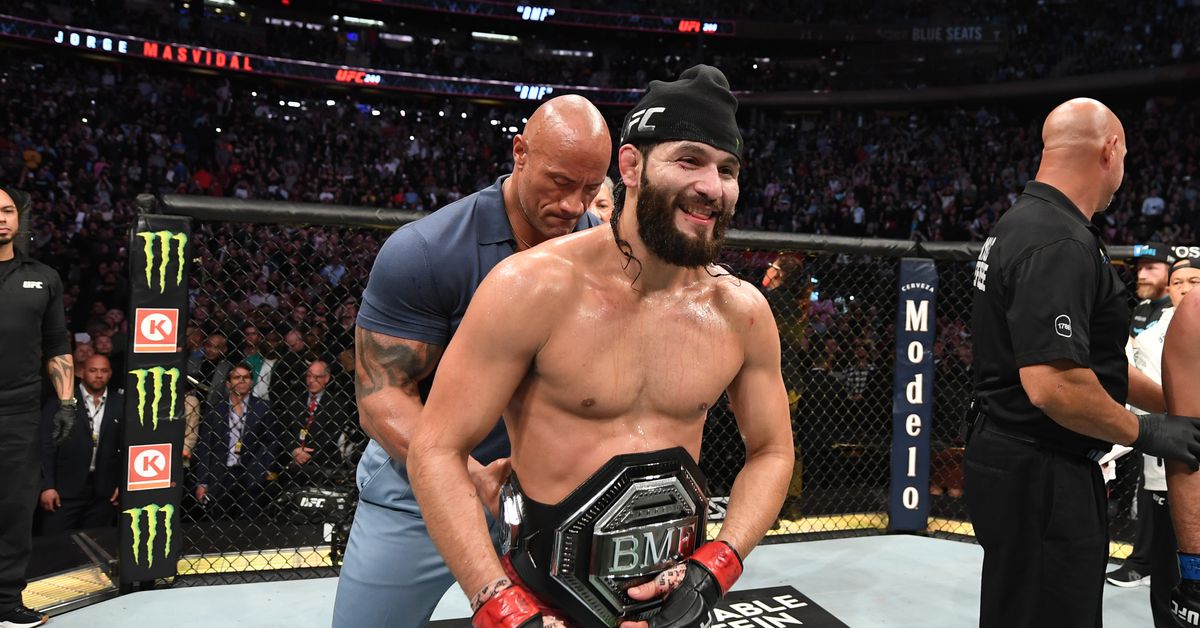 The future of Jorge Masvidal feels a bit up in the air given he’s currently facing a felony battery charge for attacking Colby Covington in the street that could land in him jail. But in a new interview with ESPN Desportes, Masvidal said he definitely plans to fight again in 2022.

“This year, guaranteed return,” he said in Spanish. “I don’t know the date yet. I think that with two fights I can be in contention for the title or in a title contender fight.”

Given how seriously Kamaru Usman flatlined him in their second fight, Masvidal may not manage to get himself another shot at the welterweight title unless Usman no longer holds the belt.

In the meantime, there are other potential opponents. The always entertaining Michel Pereira called out Jorge Masvidal recently, stoking controversy by claiming “Gamebred” slid into his wife’s DMs. And then there’s Conor McGregor, who seems hellbent on moving up to 170 for his own run at the welterweight title.

“I would love to fight him at 170 pounds, but I don’t wait for anyone,” Masvidal said when asked about McGregor. “If he wants to do it, I’ll break his face, if he doesn’t want to do it, let him come next.”

In the end, Masvidal just doesn’t believe McGregor would actually face him in the cage.

“He is false, he knows that I am a man who hits hard and that I come to kill, I do not come to play hug in the cage, I am going to give everything inside me to kill him, and I have a little size, although now he’s injecting steroids and all kinds of things. But he is still a little boy.”

Another potential fight for Masvidal that would be great is a showdown against Gilbert Burns. Burns recently called out Masvidal, who responded positively to the idea. Now all “Gamebred” needs to do is beat the rap on this felony battery charge. His trial date for allegedly assaulting Colby Covington is set for August 29th.