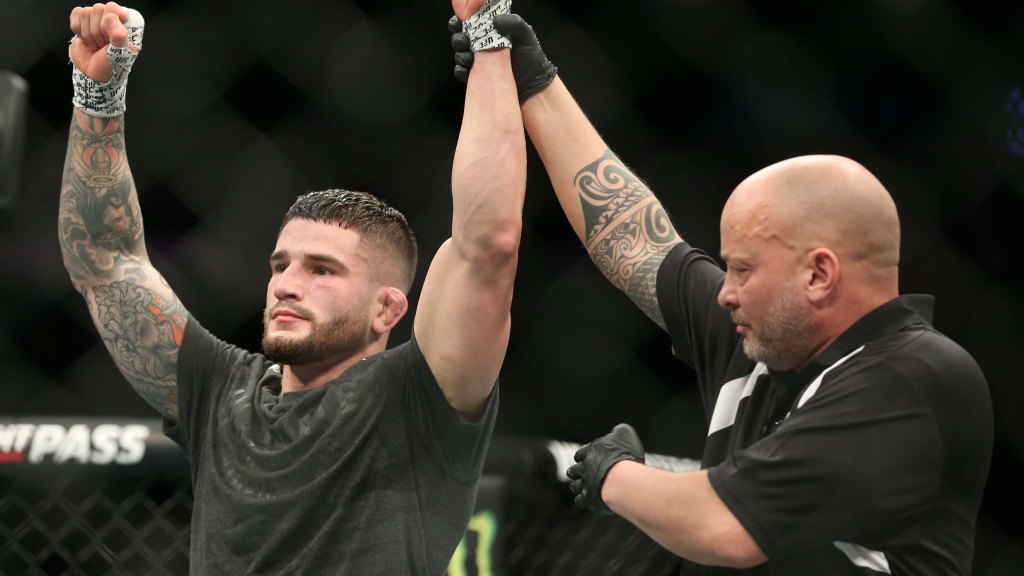 Like Chimaev, Brady (15-0 MMA, 5-0 UFC) is an undefeated rising contender in the UFC’s welterweight division, but currently is ranked a few spots below him.

Chimaev (11-0 MMA, 5-0 UFC) skyrocketed up the welterweight ladder when he outlasted former title challenger Gilbert Burns at UFC 273, and while Brady lauds Chimaev’s performance, he knew it wasn’t going to be easy for him.

“I’ve seen a lot of people giving Khamzat sh*t because he had a tough fight,” Brady told Morning Kombat. “I feel like people thought Khamzat was going to go in there and shoot lasers out of his eyes. He’s a human. Yeah, he’s very, very good and he mauled a couple of guys who weren’t that good in skill, but Gilbert, I knew that wasn’t going to happen, go down like that. I knew it was going to be a tough fight, and I knew Gilbert was going to take it to him and he did. Khamzat looked great, to go in there being No. 11, to beat the No. 2 guy, that’s a big f*cking jump and he looked great.

“He’s very well-rounded everywhere. He doesn’t have many holes, but he showed in that fight, which I already knew, he is a human being. He can be hit, he can be hurt, he can be rocked. He can be, essentially, finished. If that fight would have had two more rounds – it was super close. If they said Gilbert Burns (won), I would have been completely fine with that. It was a super close fight.”

Brady, who’s coming off a unanimous decision win over Michael Chiesa this past November, thinks both his and Chimaev’s career trajectories will lead to them fighting down the line, but is confident in his chances against him.

“Khamzat’s beating most of the guys in the division, 100 percent,” Brady said. “Not me. I think I can beat all these guys, and we’re going to go (up) until we meet each other, and it’s definitely going to happen.”