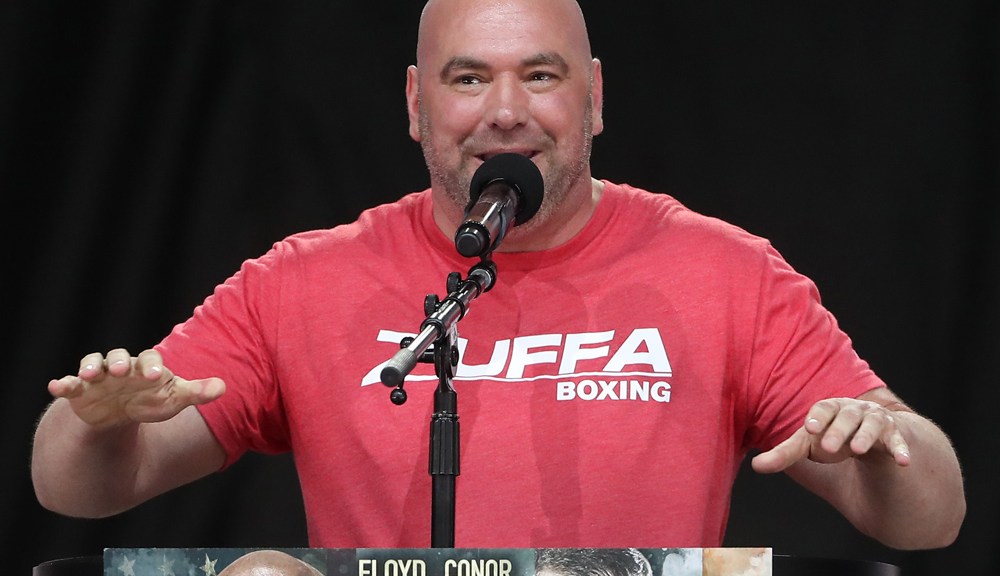 UFC president Dana White thinks the business of boxing has a problem, but he will not take it upon himself to find the solution.

Although White enjoys watching the sweet science as a fan, he isn’t exactly jumping at the chance to promote in the sport these days, despite bouncing around some ideas of entering the space in recent years. In 2019, White aimed to start Zuffa Boxing with plans of a complete restructuring of the boxing model. However, the idea quickly fizzled and all but become an afterthought.

“Every time I try to think about doing something with boxing, I go, ‘Why would I want to do this to myself?’” White said on Blockasset’s BLOCK Party. “You know what I mean? Why would I even want to dive into this nightmare?”

There is a contrast between how White and the UFC handle MMA and how boxing promoters run boxing events. A central difference revolves around fighter pay, which has led to a number of the UFC’s top fighters clamoring for the opportunity to fight boxing’s biggest stars.

Typically, the biggest names in boxing earn much more than their UFC counterparts. Boxers also have more control of their careers when it comes to selecting their opponents, as long as the promoters can agree upon the terms of the deal. Conversely, the UFC usually holds the cards in both aspects.

Conor McGregor, who held two UFC titles at the time, boxed Floyd Mayweather in 2017 to earn the biggest payday of his career. Since then, there have been a number of the UFC’s biggest names searching for their shot at a potential windfall inside the boxing ring.

Current UFC welterweight champion Kamaru Usman has been calling for his shot against Canelo Alvarez. Recently, UFC heavyweight champ Francis Ngannou entered the ring and took part in Tyson Fury’s post-fight interview to hype a potential fight. White isn’t a fan of either of these crossover ideas, calling them and those like it, “silly.”

Beyond the spectacle of the crossover bouts, it seems White is out on being a  boxing promoter, period. One could speculate, but the specific issues giving White pause were not revealed. Between a business he categorizes as “broken” and juggling the UFC, White doesn’t desire to focus on seeking solutions.

“That’s why I haven’t really done anything,” White said. “It’s a broken business that is an absolute nightmare to try to fix.”