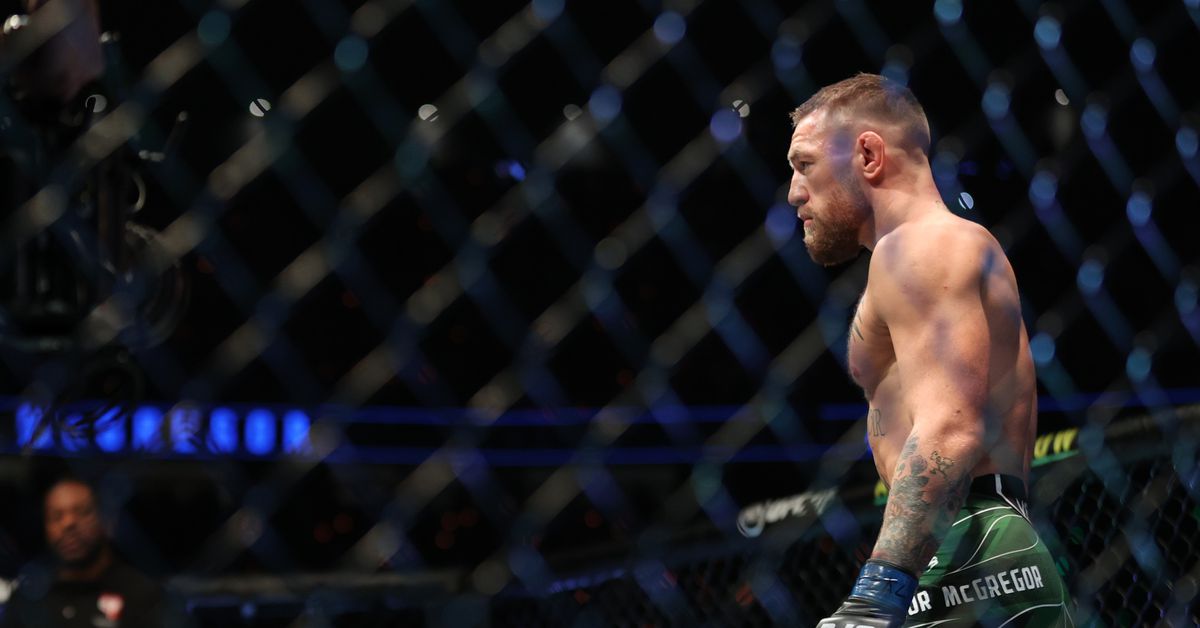 Conor McGregor seems fairly infatuated with the idea of fighting at 170 lbs. While recovering from his broken leg, McGregor has been hitting the weights hard, putting on some size as a result. Now, it’s become somewhat questionable if the former Featherweight will ever bother returning to Lightweight.

McGregor’s extra muscle has raised some eyebrows. In a recent interview, Jorge Masvidal accused McGregor of using steroids, and that accusation didn’t sit right with the Irish star. In a since-deleted tweet, McGregor quickly responded, labeling Masvidal, “An absolute pigeon brain this guy is. Stupid beyond belief.” (via MMAJunkie)

Masvidal wants that fight, so naturally, it didn’t take long for “Gamebred” to respond.

This pea brain is the biggest fight of your life. So you’re either too scared or too stupid to get this check

“This pea brain is the biggest fight of your life,” he tweeted. “So you’re either too scared or too stupid to get this check.”

At this point, the McGregor vs. Masvidal fight makes perhaps more sense than any point previously. If McGregor is indeed set on a Welterweight return, Masvidal is a better style match up for him than most top-ranked Welterweights, a fellow striker who is on the tail end of his career. Plus, Masvidal has carried some major pay-per-views (PPVs) himself, so the recipe for a massive payday for both men! Expect Masvidal to keep the Twitter fingers moving in hopes of baiting McGregor into a fight.

If nothing else, it’s a more fair fight than Kamaru Usman.

McGregor is still looking to return in the fall, while Masvidal remains embroiled in his assault charge vs. Colby Covington.

Aleksandar Rakic’s chance at a title shot evaporated when his knee exploded, and now he likely faces a year on the sidelines. That’s a bad night at the office.

While not busy beefing with Masvidal, McGregor is having fun at the Monaco Grand Prix.

Tony Ferguson wants a rematch vs. Michael Chandler, which will likely never happen.

Do you think Rolando Romero should have been able to continue after Gervonta Davis’ perfect counter punch?

The ref knew if he would’ve let Rollie back out there to fight he was leaving out on a stretcher..facts

Translation: Paulo Costa would like to fight dudes who are lighter than him.

I want a fight on no weight middleweight division fair championship. Scales off. Let’s go your motherfuckers

Hit this man with the Andrei Arlovski vs. Travis Browne backfist!

Wanderlei Silva in his Vale Tudo days, his first recorded loss (against Artur Mariano) but seemingly due to his own excessively violent nature. What a savage Wanderlei was, utilising the double collar tie—the technique for which he would become most associated with—to headbutt. pic.twitter.com/M6ACmwCWES

The initial left hand inside the big swing was slick, and he never let his opponent off the hook.

An incredible new style of dodgeball (kind of?) is born.

Midnight Music: Like a huge percentage of people, I’ve been watching the new season of Stranger Things, which prominently features “Running Up That Hill” by Kate Bush — the greatest pop song of the greatest pop decade (and a song that’s previously been featured in this column). I’ve been listening to Hounds of Love as a result!