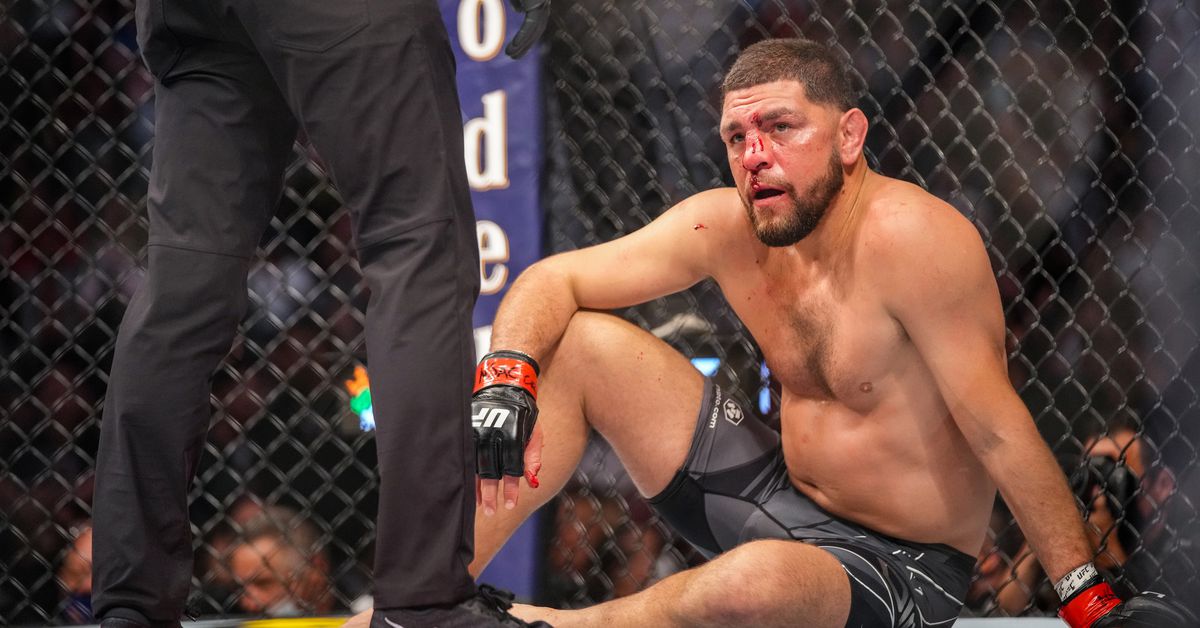 Nick Diaz still has some fight left in the tank.

No matter who Diaz faces, his strong group of fans and supporters will give him a chance against anyone. If Diaz miraculously finds himself across the Octagon from Usman, veteran referee and Bellator commentator, “Big” John McCarthy likes his chances on the feet.

“If there’s one thing that you know about Nick, he’s gonna come and give you everything that he’s got,” McCarthy said on his Weighing In podcast (h/t MMA Junkie). “Would I mind seeing him against Kamaru? No, I wouldn’t, other than this: Kamaru would stand with him until he started getting lit up, and then he’s gonna go and use his wrestling — which he should. I’m not saying he shouldn’t, but what is Nick always complaining about? People wrestling.

“And then it’s on the ground, and it’s gonna end up being yeah, he can try and use his submission game and stuff, but I don’t think that Kamaru would end up standing up with Nick that long, that much out of the first round,” he concluded. “Things would start to become difficult.”

Diaz returned to action in Sept. 2021 after six years away. Taking on former UFC titlist Robbie Lawler in a 17-year-old rematch at Middleweight, Diaz would succumb to “Ruthless” via third-round technical knockout just 44 seconds into the frame (watch highlights).

“He’s a handful as far as the way he creates situations that he just touch, touch, touch, and he’ll throw power in there, and he’ll take shots to give shots, and he just keeps this buzzsaw action going that makes you start to become more defensive than offensive,” McCarthy said. “And you end up saying screw this and when you’ve got that wrestling background, you’re Kamaru Usman, you go, ‘I’m taking him down,’ and that’s what I see here.”