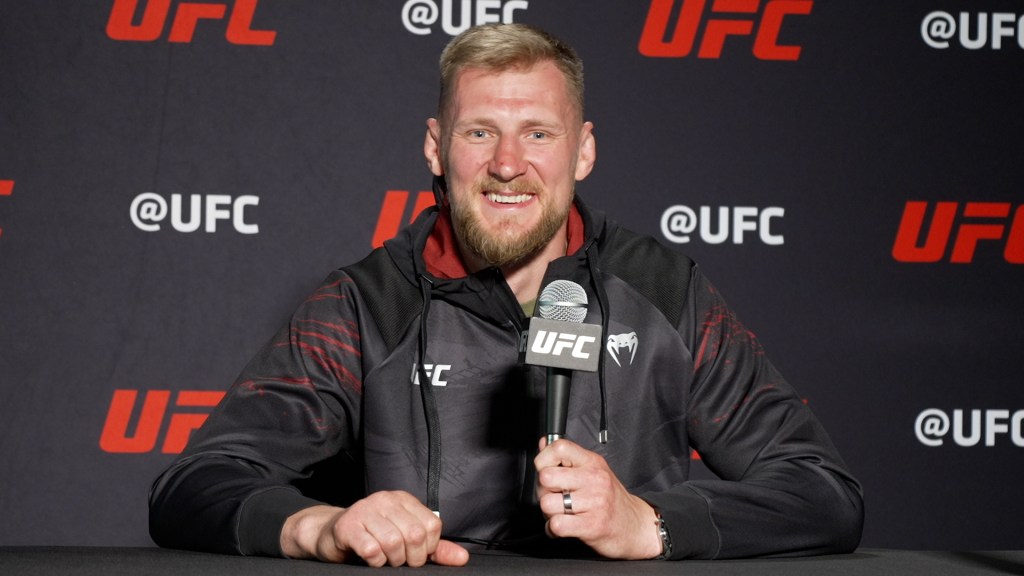 LAS VEGAS – Alexander Volkov is being honest with regard to his strengths and weaknesses entering UFC Fight Night 207.

The UFC heavyweight contender takes on Jairzinho Rozenstruik in the main event Saturday at the UFC Apex. It’s a big moment for Volkov (34-9 MMA, 8-3 UFC) as he looks to get back on track from his submission loss to Tom Aspinall in March and insert himself once again into the title picture.

Volkov knows he’s facing a very dangerous opponent and won’t shy away from some of the clear advantages that Rozenstruik (12-3 MMA, 6-3 UFC) will have in the octagon.

“I believe I’m good on standup, too, so I will try to show my best in this fight. I believe my technical skills are much better than his. Maybe I don’t have some kind of power in my punch, but for sure I’m more technical and for sure I have a lot of power in my kicks. For sure, I feel I have much better wrestling and grappling than him, so I’m feeling it’s a good fight for me. But we’ll see how it goes.”

Volkov has shared the cage with many power punchers such as Alistair Overeem, Derrick Lewis, Ciryl Gane, Roy Nelson, and others. He’s unsure how the fight against “Bigi Boy” might play out, but he’s hoping for a quick night at the office.

“It’s hard to predict because sometimes when two big strikers meet each other in the octagon, sometimes the fight can be a little boring because both fighters are a little scared or something,” Volkov explained. “I believe or I want this fight to finish early for me because it’s the easiest way to finish this fight and go back to Russia. So, for sure, I’ll try to find the opportunity to knock him out, but we’ll see how it goes because he has a tough chin. … A lot of people have punched him in the head, and it was nothing for him. But I’ll try to not just punch but kick too. So we’ll see.”