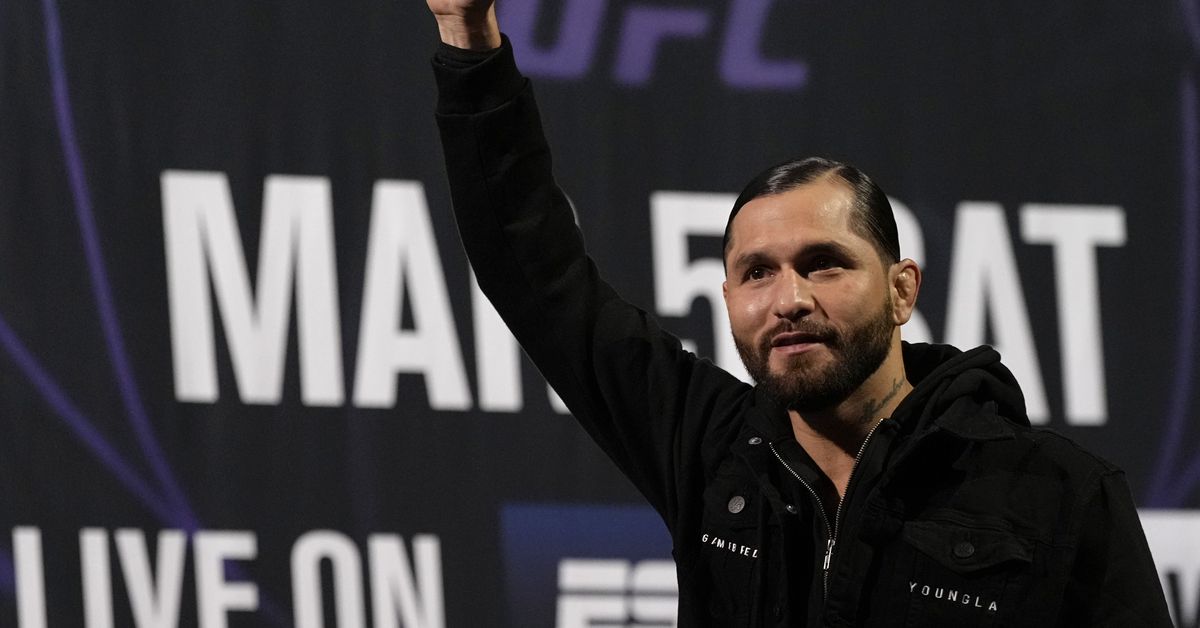 Jorge Masvidal has full confidence in a potential bout against Conor McGregor.

Following Masvidal’s coronation as the one and only Baddest Motherf—ker (BMF) champion in MMA history at UFC 244 in Nov. 2019 (watch highlights), the options were clear: an undisputed Welterweight title shot against Kamaru Usman or a showdown with “The Notorious.”

“Gamebred” went on to face Usman on relatively short notice after Gilbert Burns was forced to withdraw at UFC 251. Unfortunately for him, Usman walked away as “and still,” earning a unanimous decision nod (watch highlights). The two rematched 10 pay-per-view (PPV) events later and the outcome was still in Usman’s favor — except that time he landed a picture-perfect knockout in round two (watch highlights).

A loss to arch-enemy, Colby Covington (watch highlights), came next for Masvidal and he now looks to break a three-fight skid upon his return to action. Recently, the two-time UFC title challenger has gone back-and-forth with the aforementioned McGregor who has also been down on his luck, losing his last two fights against Dustin Poirier.

“He just wants to stay relevant,” Masvidal said on The MMA Hour. “I’m still a hot topic while this b—chass is on his couch sniffing coke or whatever the f—k he’s doing. He wants to stay relevant so he takes shots, but he’s not going to fight. The UFC has offered him this fight, as you and me both know this could be the biggest fight in UFC history, why would he not want to cash in on that paycheck? Because he knows I’m going to beat the f—k out of him. I’m not a wrestler so if I beat him it really looks bad for his brand because I’m only going to beat him only way, f—king in his face, standing up, punching him, knocking his ass out. It’s not going to be good for the Conor brand or his cheapass whiskey.

“So that little b—ch has to do what he has to do and take to Twitter and talk s—t, but when they offer him the contract he says stupid f—king things that can’t happen,” he continued. “He wants me to go down to 155, for starters, I’m not going to go down to 155 for this c—ksucker, you’ve fought at 170, why am I going down to 155? I haven’t been in that weight class for five, six years I can’t physically make it anywhere.”

In McGregor’s last time out, he suffered a broken leg at the very end of the opening round, leading to the fight’s conclusion (watch highlights). While the Irishman’s been recovering, Masvidal has had to put his fighting skills to the test outside the Octagon after allegedly assaulting his past opponent, Covington, outside a Miami steakhouse.

“He (McGregor) wants to do things that are just not real and then he wants to talk s—t. I’ll entertain the s—t-talking from time to time when I get bored but we both know he’s not fighting nobody,” Masvidal said. “Dana White called it a long-ass time ago, I’m too much man, too much size as Dana says and it’s stuck with him. At the same time, he can’t do anything about it. He knows when we get in there we are both striking it up I’m going to crack his ass. Everyone saw how his fights with Nate [Diaz] went and then you see my fight with Nate and I made Nate dance and drop to the f—king floor and grab his stomach and pray to God. Conor knows I got f—king power and I’m not going to get tired throwing blows.”