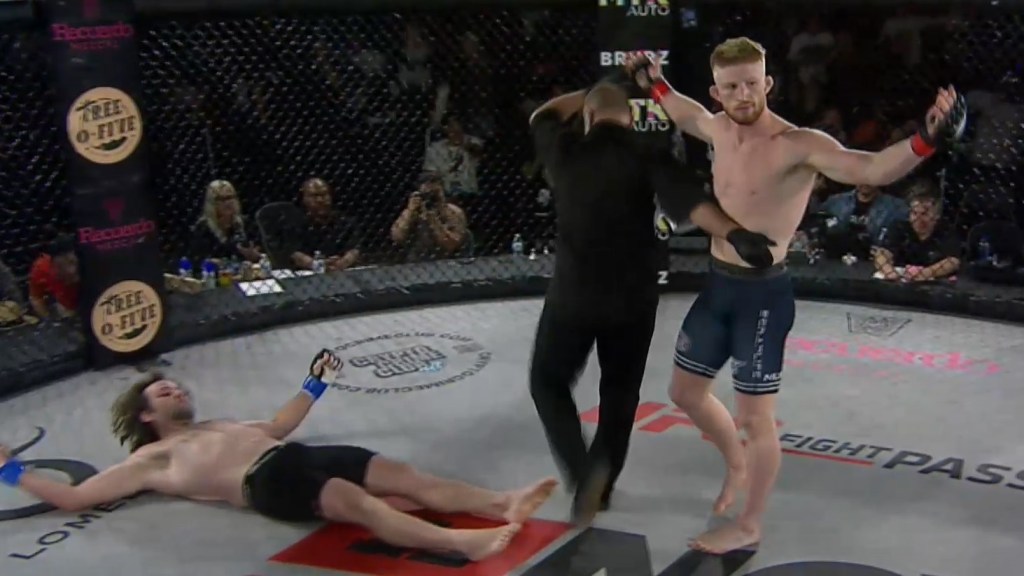 There is a lot of hype around three-time NCAA Division I champion wrestler Bo Nickal and his professional debut on Friday just proved why.

Nickal’s collegiate wrestling accomplishments at Penn State garnered a lot of attention when he decided to turn pro after impressing in two fights an amateur fighter. At Jorge Masvidal’s iKON FC 3, Nickal (1-0 MMA) stepped into the cage for the first time as a professional to face fellow debuting fighter John Noland in a middleweight bout.

The fight was one-way traffic from the beginning as Nickal offered hard strikes, looking to land a left high kick early. He would not need to use his wrestling skills to get the job done in this one, as a left hand from the southpaw stance wobbled his opponent, and the combination of punches that followed sent Noland (0-1 MMA) crashing to the canvas just 30 seconds into the opening round.

Check out video of the finish below (via Twitter):

“Every single middleweight on the planet, I don’t care what organization you’re in, UFC, Bellator, PFL – doesn’t matter, I’m coming for all y’all,” Nickal said during his post-fight interview.

“I’m trying to hold it down for all my wrestlers out there,” Nickal continued. “I love y’all, and wrestling’s taking over for sure.”

Nickal, 26, has honed his skills at American Top Team in Coconut Creek, Fla., and recently explained to MMA Junkie why he felt now was the time to become a professional fighter. After a performance like that in his debut, it’s easy to see why that was a good decision.