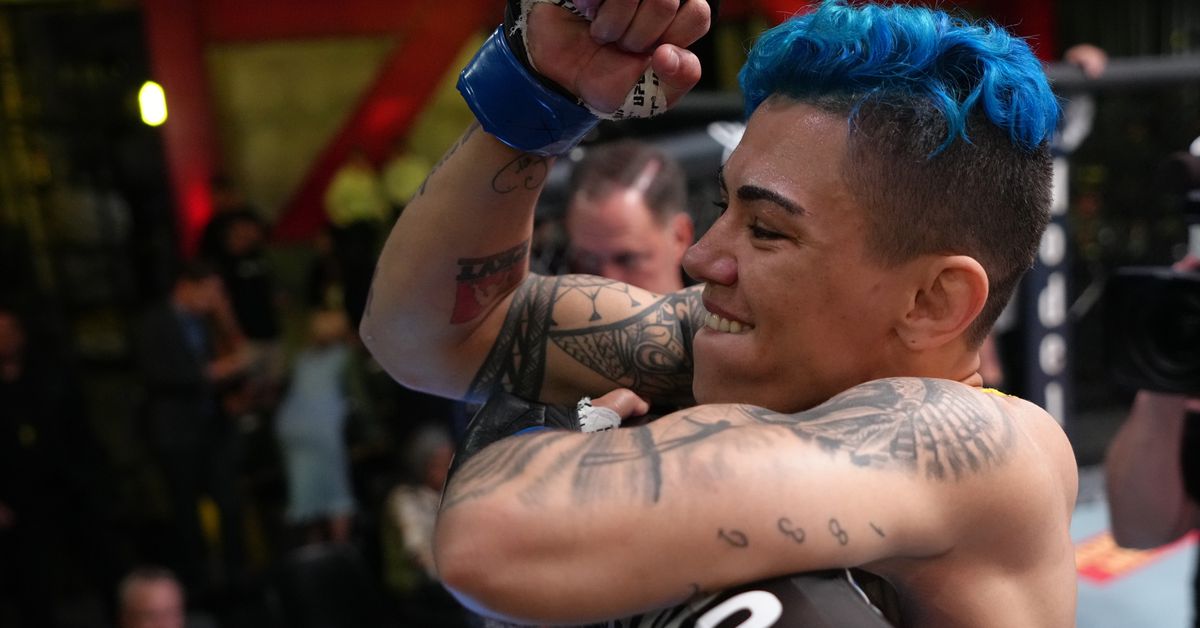 Any weight, any time, Jessica Andrade isn’t scared of anyone.

The former Ultimate Fighting Championship (UFC) Strawweight champion began her career in September 2011 as a 135-pound Bantamweight hopeful. Arriving in UFC on short notice against Liz Carmouche at UFC on FOX 8 in July 2013, Andrade (23-9) went 4-3 in the promotion before dropping to 115-pounds where she won a world title.

Along the path to get there, Andrade was booked to face Julianna Pena at UFC 171 in March 2014. However, a knee injury forced Pena out, leading to Raquel Pennington as the replacement. Andrade won the fight via split decision and a date with Pena never wound up coming to fruition, but perhaps it still could.

In 2022, Pena is the UFC Bantamweight champion while Andrade is a top contender at both Flyweight and Strawweight. Having experienced three of the promotion’s four female weight classes, “Bate Estaca” wouldn’t expect “The Venezuelan Vixen” to give her much resistance.

“In theory, it’s easier to fight Julianna, especially for what she’s showed against Amanda [Nunes],” Andrade told MMA Fighting. “I really think it was more of Amanda [losing than Pena winning], because Amanda is way better than what she’s showed. She was submitted with no hooks in, you could see the pressure wasn’t too much. But I don’t know how Amanda’s weight cut was — it was two years since her last fight [at bantamweight], so something might have affected and led to that. She got tired so quickly. It wasn’t the Amanda we’re used to watching. Maybe she will show the Amanda we know in this rematch and get the belt back.

“If that doesn’t happen, I really think it’s easier to fight Julianna than the girls at 125 and 115,” she continued. “I hope we get the opportunity to fight one day and it’s for the belt. I think it’s the easier matchup, no doubt. We’re used to fighting girls at 125 and 115, who are faster and have power in their strikes, and people at 135 are slower, I think due to their weight and how they move. So if you get them tired, it’s over. I get better round after round, I don’t get tired, I don’t slow down, and that would be a good key for me to beat Julianna and maybe win the 135-pound belt.”

At this stage in her consistently entertaining career, Andrade has proven to always be floating around title contention with recent first-round finishes of Amanda Lemos (watch highlights) and Katlyn Chookagian (watch highlights). If a return to Bantamweight ever does happen, it will come after things are sorted between Pena and Nunes at UFC 277 on July 30.

“Maybe we can risk going to 135 again in the future just so I can prove people that I really won in three weight classes, but only in the final stages of my career,” Andrade said. “It could be a cool option. Fighting Julianna could be a cool test for me. Imagine that, becoming champion at 135?