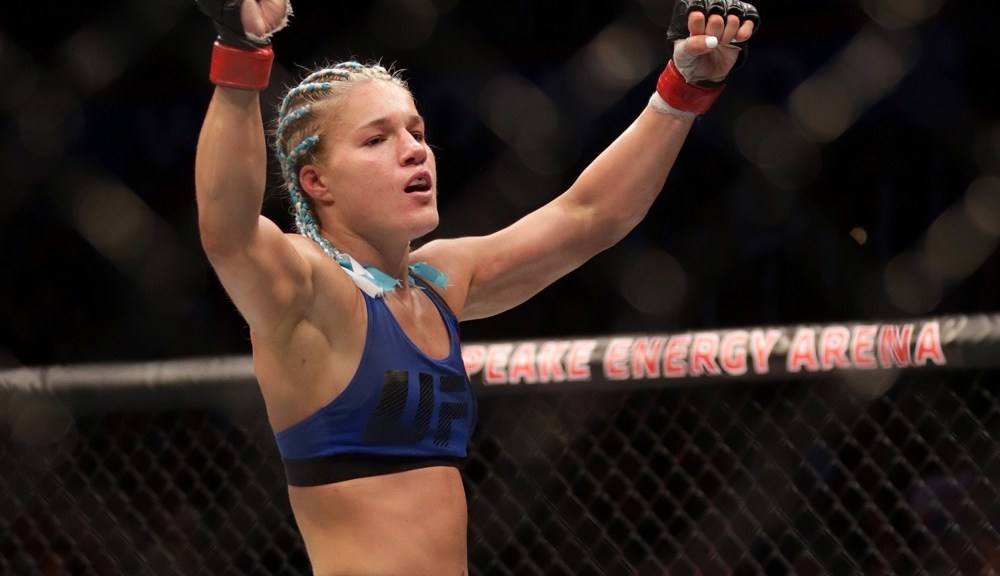 Now-former UFC strawweight Felice Herrig did not retire on a win, but she certainly earned the respect of her fellow fighters in the process.

The seasoned veteran hung up the gloves on Saturday night following her submission loss to Karolina Kowalkiewicz at UFC Fight Night 207 in Las Vegas. The decision to leave MMA put an end to a noteworthy run that spanned from 2009 to 2022.

Herrig (14-10 MMA, 5-5 UFC) retires with 25 professional fights under her belt. She’s mainly known for her long run in the UFC, but she also competed in other major organizations such as Bellator and Invicta FC.

Throughout her career, Herrig defeated notable opposition such as Alexa Grasso, Cortney Casey, Kailin Curran and others. She also earned one $50,000 Performance of the Night bonus and was in a co-main event of a UFC Fight Night card.

Several female fighters took to social media to pay tribute to Herrig’s career. Below you can see the reactions.