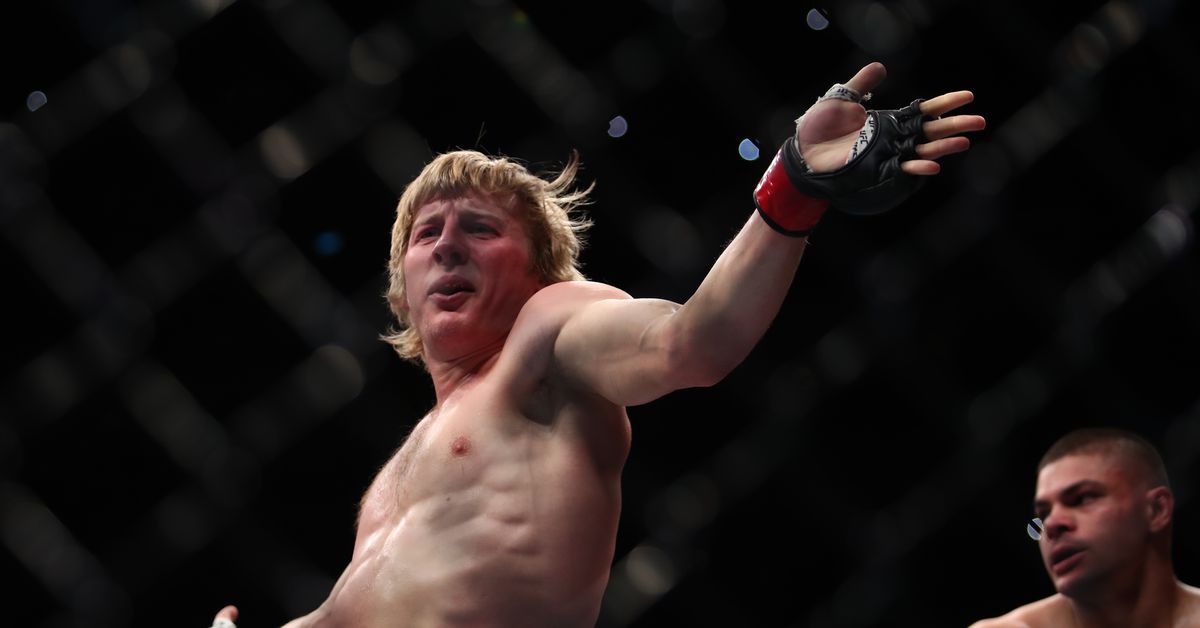 Despite pursuing gold in two different weight classes, Paddy Pimblett and Ilia Topuria have already established a rather heated rivalry outside the octagon that may have to result in them settling their differences.

At UFC London this past March, the prospects were each scheduled to compete in lightweight affairs. Pimblett was tasked with Rodrigo “Kazula” Vargas while Topuria entered in against Jai Herbert as a replacement for Mike Davis, who withdrew for personal reasons.

Topuria scored a sensational second-round knockout of Herbert two fights before Pimblett’s on the event lineup, earning himself one of an unprecedented nine total $50,000 Performance of the Night bonuses. Also among that nine was Pimblett, who managed to submit Vargas in round one via rear-naked choke just under the four-minute mark.

The bad blood between the two carried on immediately following the victories when doing the media rounds, but the source of the matter all began online where Topuria was none too pleased with some comments Pimblett made about Russia and Georgia. Once fight week commenced, Topuria made sure he confronted Pimblett in the UFC host hotel, leading to hands — and hand sanitizer — flying. The viral video of the altercation was shared by the UFC on its official social media accounts very quickly after it went down, only adding fuel to the intrigue for fans.

Nothing serious came of the altercation, but the ill will is undeniably still there as things have picked back up on Twitter after Pimblett responded to a user saying: “If you got balls, fight Ilia Topuria.”

“Everybody says they want to fight me bro, called clickbait!” Pimblett said. “What do u think he chatted s*** for an cause a scene in London? So ppl actually knew who he was [crying laughing emoji] nobody even knew him until I bounced a bottle of his head the lil bum,I see him all week with no cameras an he do nothing!”

Topuria entered the conversation shortly after by saying: “Eres un come pinga,” which translates to “you are a d*** eater” in Spanish.

“Pretty homophobic don’t ya think mate?” Pimblett responded. “What if I actually did? What would u say then? F***** weirdo u stop using my name for publicity u little b**** stick to being homophobic in ur own country”

With the UFC returning to London on July 23, Pimblett seeks his third straight win inside the octagon against Jordan Leavitt. Topuria, on the other hand, will presumably head back to the 145-pound featherweight division, making the matchup even more distant.

The most recent back and forth briefly continued with Topuria labeling Pimblett a “dumbass” and highlighting a lowlight video clipping together all of his losses, but not before the undefeated 12-0 Topuria defended his earlier comment.

“I know that eres un come pinga, that’s why I said it,” Topuria said. “There is nothing wrong with it, I have never tried it so I don’t know if it’s good or bad but you can keep on enjoy it paddy the baddy, remember I’m your daddy”

Prediction. Bo Nickal vows to be ‘the No. 1 pound-for-pound fighter in the world’ in 5 years: “I know for a fact that I will do that.”

Did You See These Intense Fight Ending Moments?

Seeing all the footage and sights of Singapore makes me miss it dearly. Truly a real-life utopia. The fans are in for a treat this weekend. It should be fun to see the atmosphere difference between an actual big UFC pay-per-view card — as opposed to a fight night — compared to a big ONE Championship show. Well, that might not be so fun for Chatri… but we’ll see.

Wednesday: 88% of 884 total votes answered “No” to “Can Cody Garbrandt return to title contention?”

Who wins the rematch?