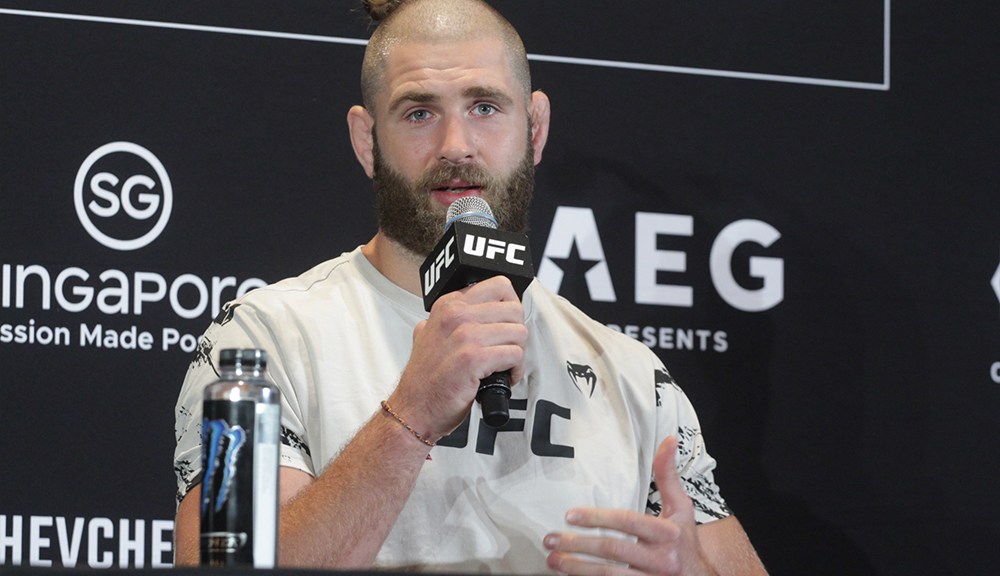 By Mike Bohn and Abbey Subhan |

SINGAPORE – Jiri Prochazka hopes to make Georges St-Pierre proud on Saturday when he fights for a UFC title for the first time.

Ahead of the championship opportunity, UFC Hall of Famer St-Pierre expressed his admiration for Prochazka, and said he envisions the diverse fighter from the Czech Republic to hold gold in the future.

“A lot of guys, they haven’t been exposed so I’m curious to see him compete more but he’s very impressive, I think he’s going to be the future world champion,” St-Pierre told James Lynch.

Prochazka will challenge for a UFC title in just his third octagon appearance. It’s been a quick assent for him, but Prochazka said he’s ready for the moment and hopes to make St-Pierre look intelligent with his performance.

“That’s a huge honor,” Prochazka told MMA Junkie and other reporters at UFC 275 media day. “I read that yesterday. I have to say: He is a true warrior. Because he is still working. He’s not fighting active, but he’s still working because he love it. I understand. I love that. I love the fighting, and it’s a big honor for me.”