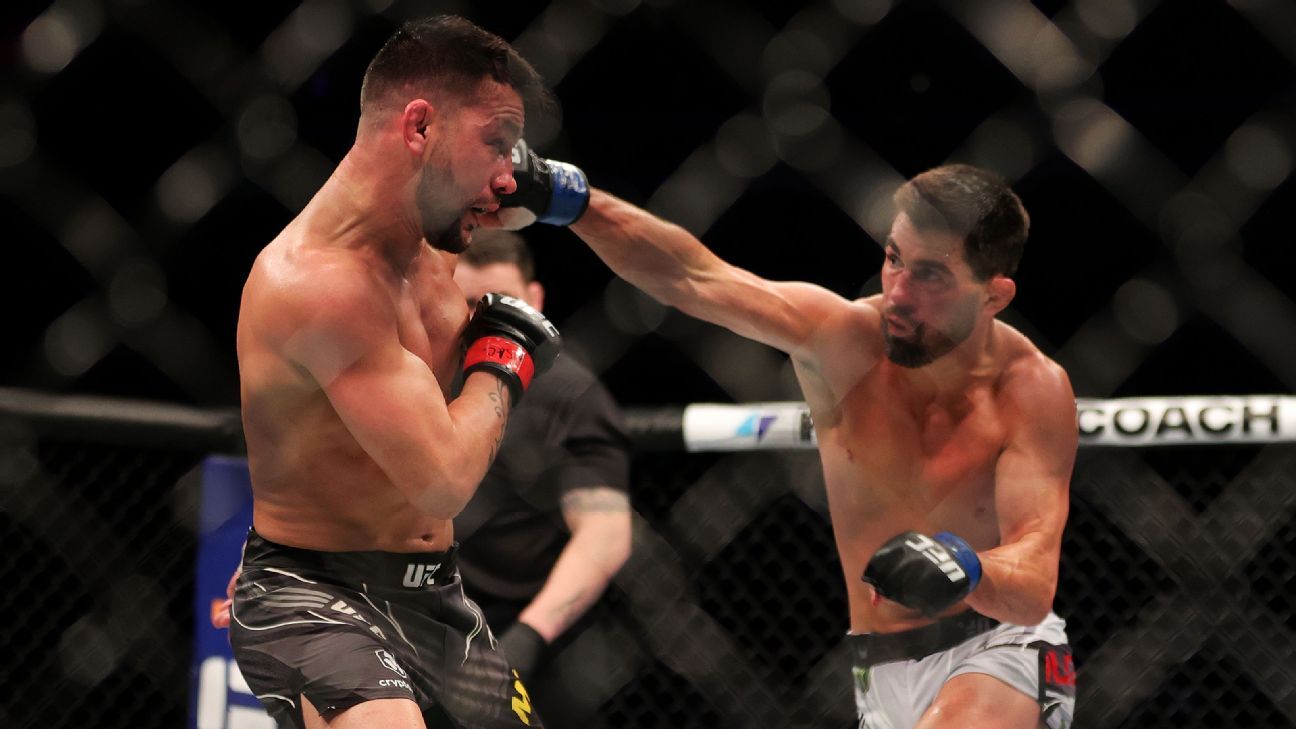 Two of the best bantamweights in the world will face off this summer.

A bout between former champion Dominick Cruz and Marlon Vera is being targeted for a UFC Fight Night headliner, UFC president Dana White confirmed Tuesday to Barstool Sports. The bout is scheduled for Aug. 13, and White said the card is expected to take place in San Diego.

ESPN has Vera ranked No. 6 and Cruz ranked No. 10 in the world at bantamweight.

Cruz (24-3), 37, is one of the best bantamweight fighters in MMA history. A San Diego resident, he is a two-time former UFC bantamweight champion with a total of three title defenses across both reigns. Cruz has the most bantamweight wins in UFC/WEC history (13). He has won two straight and 15 of 17 overall.

Vera (19-7-1), 29, has won three straight and nine of his past 11. The fighter from Ecuador, who lives and trains in Orange County, California, Vera is coming off a unanimous decision win over Rob Font in April. He has the most finishes in UFC bantamweight history (9).