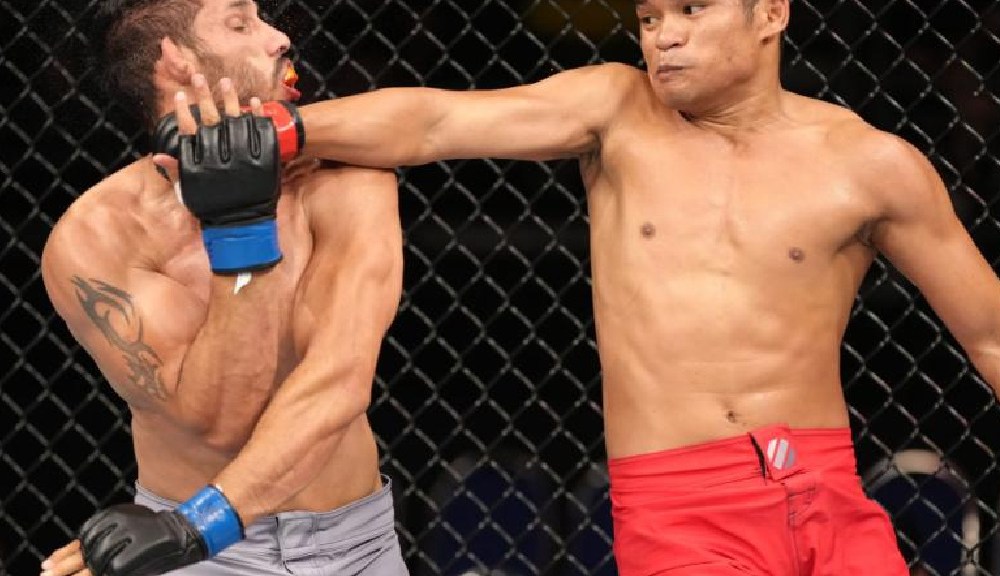 Jeka Saragih produced a spectacular highlight on Episode 2 of “Road to UFC” when he halted Pawan Maan with a spinning backfist.

Saragih (12-2) advanced to in the lightweight tournament on Thursday at Singapore Indoor Stadium when he closed the show with a perfect rotation that floored Maan (7-3-1) and forced the referee to wave off the contest at the 2:24 mark of Round 2.

Check out the highlight of the finish below (via Twitter):

After the win, Saragih said he got the type of win he was looking for and had the finishing move scouted.

“I practiced the spinning backfist and I wanted to get it,” Saragih said in his post-fight interview with Laura Sanko. “And I got it.”