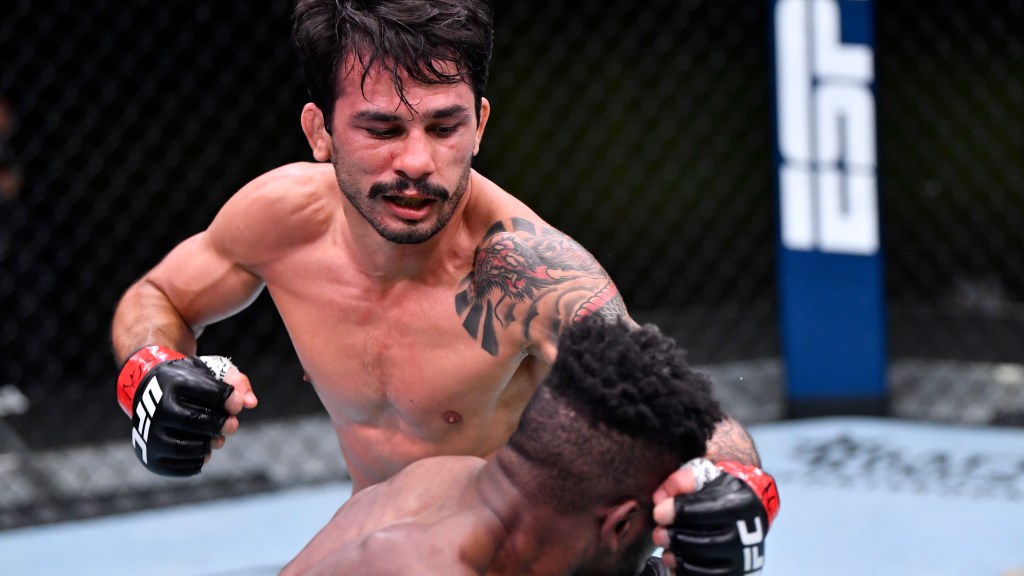 It didn’t take long for Alex Perez to get a new fight.

Perez originally was scheduled to face Askar Askarov on July 16 at UFC on ESPN 38 in Long Island, N.Y., but the fight was scrapped when Askarov withdrew for undisclosed reasons.

Instead, Perez will now face another top contender in Alexandre Pantoja at UFC 277 on July 30 in Dallas. A person with knowledge of the matchup informed MMA Junkie that verbal agreements are in place for the bout but asked to remain anonymous since the promotion has yet to make an official announcement. Ag Fight was first to report the booking, and Perez subsequently confirmed it <a href=”

Pantoja (24-5 MMA, 7-4 UFC) is coming off back-to-back wins over Manel Kape and most recently a Performance of the Night submission of Brandon Royval last August. The Brazilian also holds wins over current interim title challengers Brandon Moreno and Kai Kara-France, who square off on the same night as Pantoja and Perez.

With the addition, the UFC 277 lineup includes: