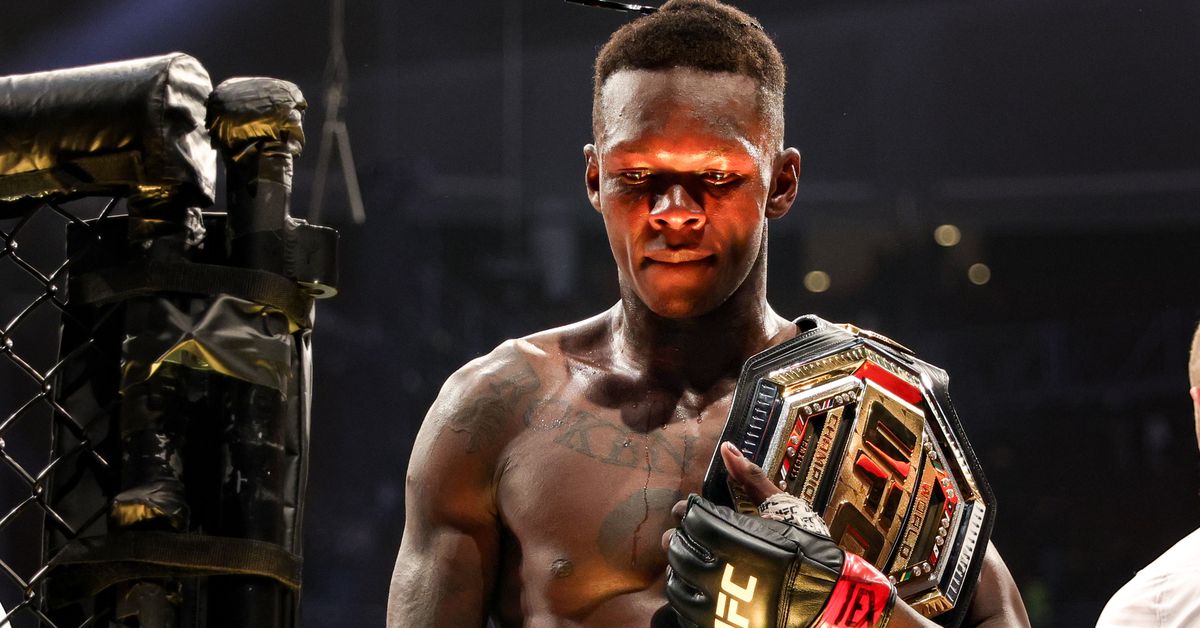 International Fight Week is capped off by UFC 276, and the summer pay-per-view event now has a poster.

The UFC on Thursday released the official advertisement for the July 2 show at T-Mobile Arena in Las Vegas. Featured on the image are the two headlining title fights: Israel Adesanya vs. Jared Cannonier and Alexander Volkanovski vs. Max Holloway 3.

Check out the poster below.

Less than one month away…

Your #UFC276 poster is HERE

Adesanya attempts the fifth defense of his middleweight title against Cannonier, who’s won two straight after a loss to ex-champ Robert Whittaker dashed a callout from the champ. Adesanya is currently a -350 favorite against the +270 Cannonier, according to Draft Kings.

Holloway, a former featherweight champ, makes his second attempt to win back the belt he lost to Volkanovski in a contentious decision at UFC 245. Since a second loss to the champ at UFC 251, Holloway has won two straight to return to title contention. Volkanovski, who attempts his fourth title defense, is a -190 favorite to retain the belt against +160 Holloway.

Vanessa Demopoulos looking forward to UFC Vegas 57 fight against Jinh Yu Frey
Mateusz Gamrot thinks others are ‘scared’ to fight him ahead of headliner with Arman Tsarukyan
Neil Magny: ‘I quit chasing the rankings because it’s the most frustrating thing possible’
No Bets Barred: Finding value in a triple-header weekend of UFC Vegas 57, PFL 5, and Bellator 282
Video: ‘Cowboy’ Donald Cerrone’s most memorable moments