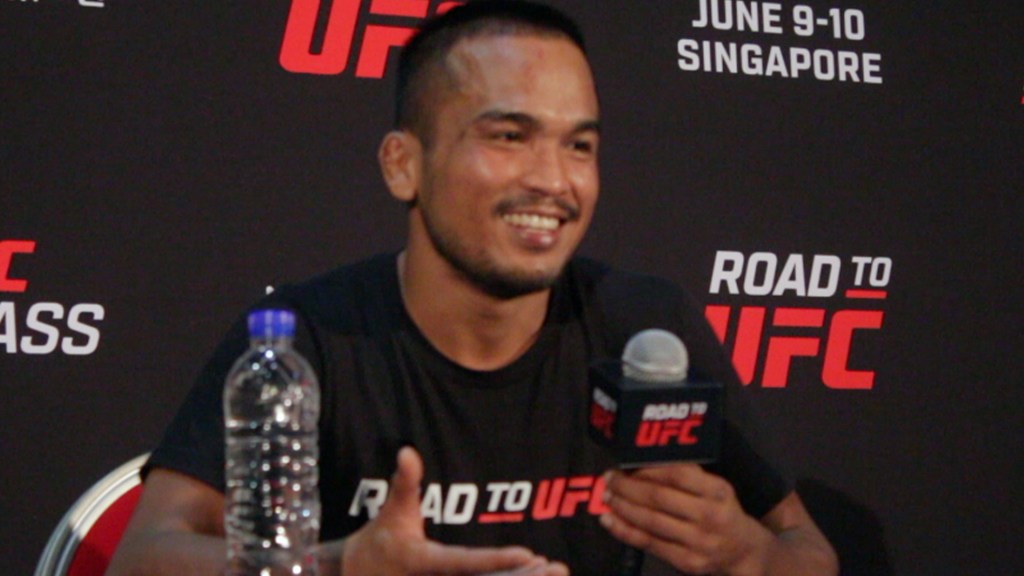 By Nolan King and Abbey Subhan |

Young and up-and-coming fighters hear it all the time.

“Do something different to make yourself stick out in people’s minds.”

UFC hopeful Top Noi Kiwram presented a memorable first impression to a wider audience, and he did so with the use of an unusual mechanism: cigarettes.

During the “Road to UFC” broadcast Friday, the commentary team mentioned how Kiwram (8-3) is an avid smoker, who even does so right before fights.

Was this true? Is it possible that a professional athlete with the cardio to win a three-round unanimous decision over Yuma Horiuchi (9-5) as Kiwram did Friday capable of hacking darts moments before and after a fight?

“Sure (I smoke before fights),” Kiwram said. “Every day, bro. Yeah, yeah. This is real, bro. Why don’t you smoke cigarettes? Why don’t you do some bad things? Why? You have 20-or-something years in life? You do something bad, then you go fight? … Why you care? Who cares?”

If smoking cigarettes is the pre-fight ritual, then what’s the post-fight celebration? The nicotine party never ends.

“Now, I have a cigarette with coach,” Kiwram said. “Just, I finished. What about this? I have cigarette now.”

While he sounds like a mean smoker, Kiwram is also pretty good at fighting. He’s won eight of his most recent 10 bouts, including back-to-back fights as he advanced to the “Road to UFC” flyweight semifinals Friday at Singapore Indoor Stadium in Singapore.

Get to know more about Top Noi Kiwram in the video above, or check him out in his element in the photo below.