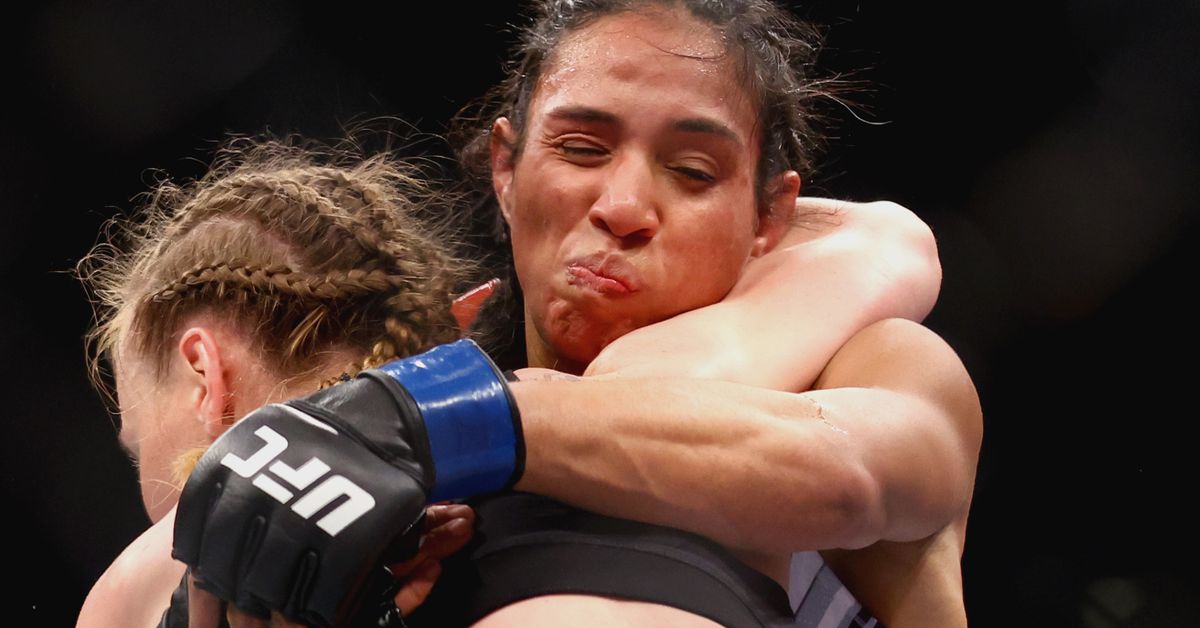 The headlock throw is a move that goes by many names. It’s alternatively titled the head-and-arm throw or vaguely described as a hip toss. I’m 100% confident there’s a Judo term for the technique, but I’m not going to make an educated guess, because the consequence of getting it wrong is to be incessantly flamed on Twitter.

Call it whatever you want: every junior high school wrestler’s favorite takedown has become synonymous with women’s MMA. A fair share of the credit/blame is due to Ronda Rousey, a world-class Judo practitioner who made it work despite the lack of friction and grips provided by the gi. Otherwise, there are a whole lot of ladies without scholastic wrestling backgrounds headlock throwing — or attempting to head lock throw — other female fighters without that wrestling pedigree.

There’s a reason the headlock throw seldom makes it to the varsity squad. With a bit of sweat added to the equation, it’s so damn easy for the would-be victim to slip out the back door into a dominant position. There’s not even a required action from the defending fighter; it’s a case of “just let the opponent fall off.”

When the throw does work, it has a pair of similarly large problems. First and foremost, momentum can take the throwing fighter over and land them in bottom position. In order to land that toss, the attacking grappler must fully commit to the throw … which can then roll them over.

Lastly. if a fighter manages not to slip off and if a fighter manages not to get rolled over, they land in a mediocre position! Side control is great, but the whole key to controlling an opponent from top side is controlling the far side underhook. The headlock throw lands the thrower in side control without the far side underhook, meaning the bottom fighter has an easy avenue towards the back or at least back to their feet.

Rousey countered this by immediately jumping onto the overhook armbar. She essentially followed one extremely low percentage technique with another, making it work because she was an absolute specialist in that position. Until last night, Valentina Shevchenko routinely made it work by being the more physical, stronger woman at 125 lbs.

Taila Santos’ own strength and grappling experience negated that usual edge. Against an opponent who could match that brawn, Shevchenko looked far more like some random undercard prospect getting reversed time and time again …

Okay, that might be an exaggeration. Truthfully, Shevchenko executes the throw far better than most of her peers. She torques her body properly and yanks her opponent over her hip well. Shevchenko remains a technician who does not execute any move imperfectly.

The problem is it’s a bad f—king move for MMA. It landed Shevchenko in bottom position numerous times, resulting in extended grappling exchanges that could have been more easily won kickboxing battles.

It was a tactical error that nearly cost her the belt.