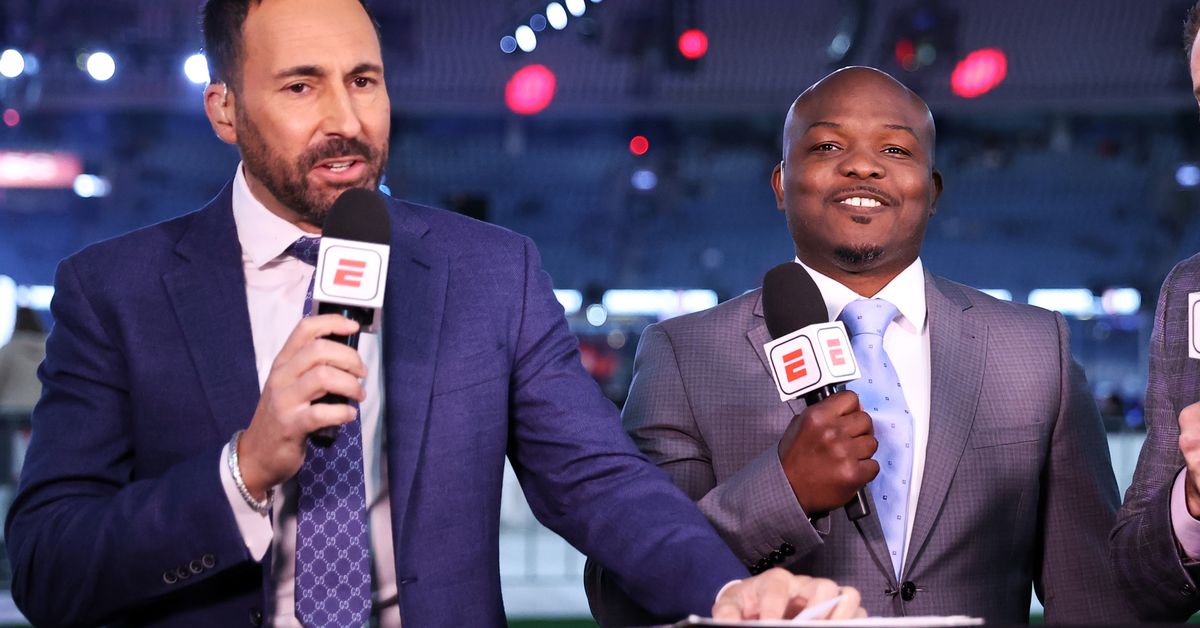 There’s an old saying: “If you don’t have anything nice to say about a person, first make sure they’re out of the room.” In addition to that, you should probably make sure said person is still alive, to avoid embarrassing yourself on television.

I guess boxing broadcaster Joe Tessitore didn’t get the Email.

Tessitore had a good laugh at the story told by fellow ESPN mouthpiece and former pugilist Timothy Bradley, who referenced the video clip that went viral last week after boxer Simiso Buthelezi dropped opponent Siphesihle Mntungwa — but then lost his bearings and started punching at thin air.

“There’s a video circulating right now where a guy actually knocked another guy out of the ring,” Bradley said during the Edgar Berlanga vs. Alexis Angulo showdown on ESPN last Saturday night. “He got back in the ring and the other guy actually started boxing a ghost in the corner.”

Tessitore let out a hearty chuckle.

“I’m serious,” Bradley continued. “He was boxing somebody in the corner and the ref said ‘box.’ I’m telling you.”

It didn’t take long for someone in production to inform Bradley and Tessitore that Buthelezi later died from his injuries, news big enough to make the rounds on MMA blogs like MMAmania.com but somehow eluded professional boxing commentators.

“I want to take a timeout right now and apologize for that last statement I made about that guy that was actually punching someone in the corner,” Bradley said. “He actually passed away two days ago. I had no clue that he passed away and I just want to give my utmost apology to his family and to his loved ones.”

Not just an apology. An utmost apology.

“I was unaware of the video you were referencing,” Tessitore added. “I know you were just telling a story based on … but there was the news this week of Simiso Buthelezi, who passed away.”

The video sequence is embedded below:

Both announcers clearly didn’t know that Simiso Buthelezi had passed away. A truly awful mistake to make. Glad they were able to apologize before the end of the broadcast. pic.twitter.com/kP6wEHPHQu

Their on-air gaffe was later overshadowed by Berlanga’s thirst for human blood, but no doubt this will be a lesson learned for both Tessitore and Bradley.