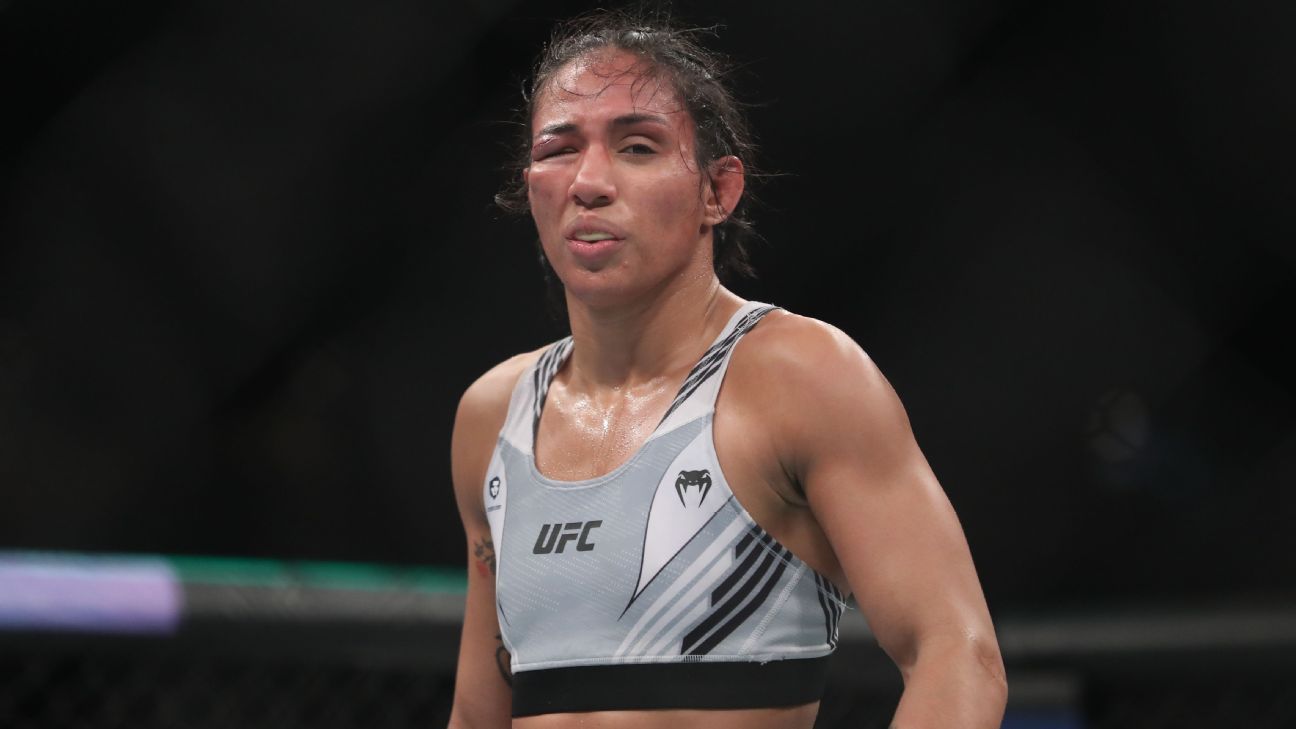 Santos and Shevchenko clashed heads several times accidentally in the third and fourth rounds of their UFC women’s flyweight title fight, causing the damage to Santos’ eye. By the middle of the fourth round, Santos had bad swelling around her right eye and could barely open it.

Shevchenko ended up winning a close fight via split decision for her seventh consecutive title defense, setting the record for most title defenses in one women’s division in UFC history. Santos, though, was her toughest challenge yet, winning the fight on the scorecard of one judge and beating Shevchenko in the grappling aspect of the fight.

Santos (19-2) had a four-fight winning streak snapped in the loss. ESPN had Santos ranked No. 5 in the world at flyweight coming into UFC 275.