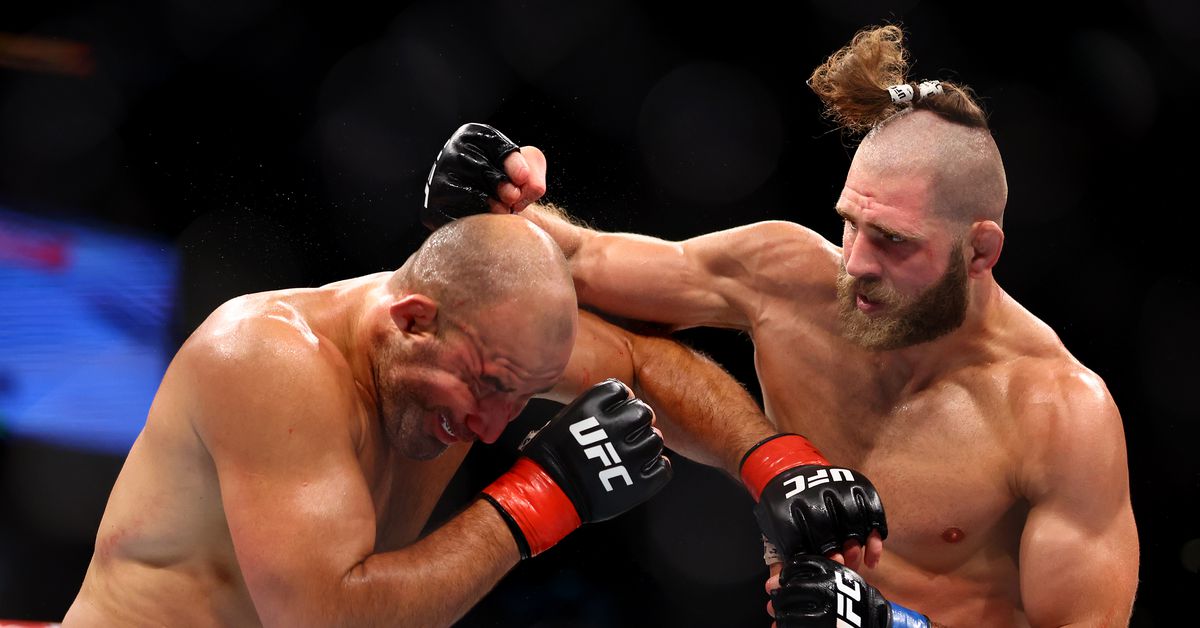 Anthony Smith was one of the more invested parties watching UFC 275’s main event this past weekend (Sat., June 11, 2022).

Ahead of the big UFC pay-per-view (PPV) debut in Asia, UFC President Dana White revealed that the likely next man in line for the winner of that event’s headliner would be the winner of UFC 277’s Smith vs. Magomed Ankalaev match-up on July 30. Before then, fans were provided with one of the greatest fights in recent memory when Light Heavyweight saw a new champion crowned with Jiri Prochazka submitting Glover Teixeira late in the fifth round with a rear-naked choke (watch highlights).

Despite both men digging deep to secure the victory, “Lionheart” believes each was far from their best on the night.

“To be honest, I think both of those guys had the worst performances of their life at the same time,” Smith said on The MMA Hour. “I really do. For the first time, Glover looked a little old. For the first time in a while, because that’s not the Glover I got. That’s not the one Thiago Santos got. I don’t know who that guy was, but fortunately for him, I think Prochazka had one of the worst performances he could have possibly had too.

“They just made terrible decisions,” he continued. “Like the fight IQ, if you would have put it together, it wouldn’t have been in the double digits during the fight. They both just didn’t fight smart at all. Glover was mounted several times. He had [Prochazka’s] back several times, he had him deep in submissions a couple times. He lost position. I don’t know if I’ve ever seen Glover lose positions like that before. I know the deficit between those two guys in the grappling department is huge.”

Currently riding the momentum of a three-fight win streak, Smith’s second to last defeat came against the now-former champion, Teixeira, in a May 2020 headliner. Starting strong as per usual, Smith had the 42-year-old Brazilian hurt with strikes before Teixeira managed to weather the storm and dominate his foe in the grappling department. Smith succumbed to a technical knockout stoppage in the fifth round (watch highlights).

Preparing for another strong grappler overall in Ankalaev, Smith will get the opportunity to continue showing his defensive improvements come the end of July.

“I’m a high-level [Brazilian jiu-jitsu] black belt and I’ve submitted several world champions,” Smith said. “I grapple at a very f—king high level and I was stuck like f—king Chuck [with Teixeira]. I don’t know what happened, where the Glover was that had me stuck on my back. Where was that guy? Because that’s not the same guy that fought on Saturday night.”

When he’s not fighting, Smith can be found sitting in the analyst chair which he clarified was the perspective he was speaking from. Admitting to the fight’s incredible entertainment value, he just doesn’t believe it displayed the highest caliber performances.

“Before anyone roasts me for talking s—t or talking bad — I’m not being critical,” Smith said. “I think that they both fought with bravery. Those were brave performances from both of those guys and I couldn’t rave about it more, but I’m also an analyst and I can analyze their performances and they were awful.

“As far as the Xs and Os, their coaches are not happy, I’ll tell you that,” he concluded. “From an excitement standpoint watching it, it couldn’t have been f—king better, but as far as the technical stuff that went on, it was all bad.”

Miesha Tate vs. Lauren Murphy canceled for UFC 276
No Bets Barred: Finding value in a triple-header weekend of UFC Vegas 57, PFL 5, and Bellator 282
Michael Bisping: Conor McGregor had a crazy run, but doesn’t go down as one of the featherweight greats
The MMA Hour with Max Holloway, Eddie Hearn in studio, Johnny Eblen, Danny Sabatello, and Jessica Rose-Clark at 1 p.m. ET
Leandro Higo plans to finish Danny Sabatello in Bellator grand prix quarterfinals