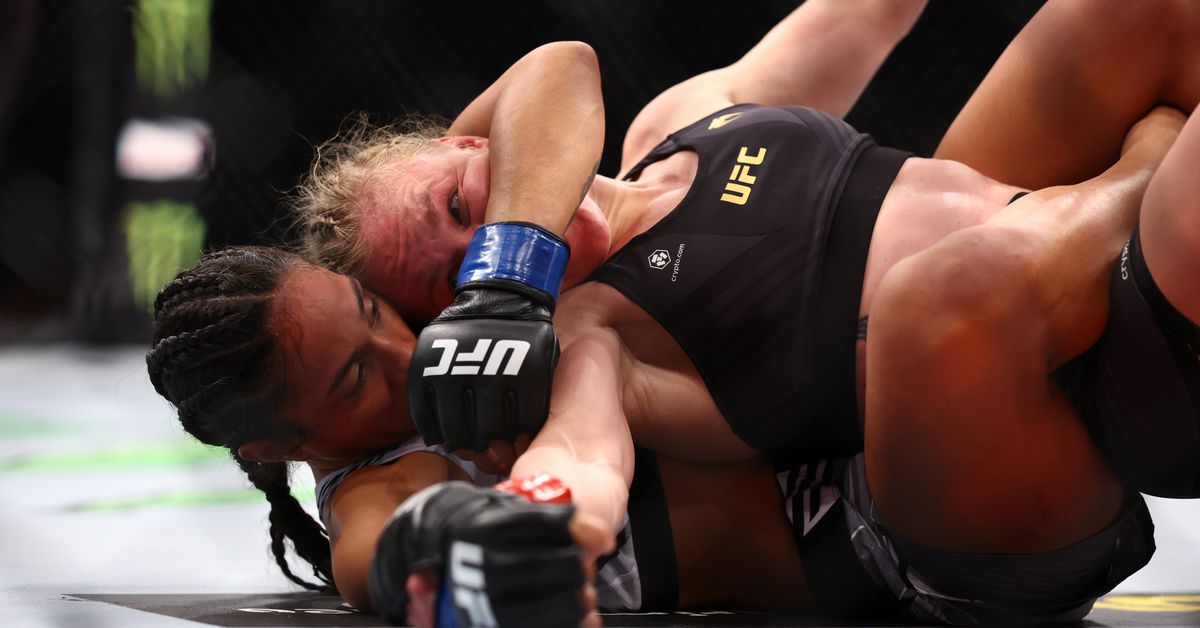 UFC 275 featured a number of incredible fights and performances, but likely the most surprising was Taila Santos vs. Valentina Shevchenko. Santos has a better record than most previous Shevchenko challengers, but she remained a 6-1 underdog, and few expected a real struggle for “Bullet.”

Instead, Santos shocked Shevchenko with her wrestling and scrambling abilities, as well as her physical strength. In the first three rounds, the Brazilian accrued quite a bit of top control time, both off Shevchenko’s failed clinch throws and her own takedowns. It was still close, but it’s fair to say momentum was in the challenger’s corner heading into the championship rounds.

That all changed though. Shevchenko cleanly won the fourth and fifth frame, securing a split-decision win in the process. The catalyst for this shift? Likely a clash of heads that broke Santos’ orbital and left her with vision problems for the final two rounds.

Daniel Cormier was on the commentary crew, so he got to witness the fight closeup and note the shifts in momentum. Per the former double champ, that clash of heads may have actually saved Shevchenko’s title reign.

“(It was a) accidental clash of heads that ultimately, to me, really did determine how this fight was going to play out,” Cormier said after UFC 275 (via MMAJunkie). “There is no reason for me to believe that anything was going to be different because every round Santos was able to do the same thing – get the takedown. … But in Round 4 and Round 5, Valentina showed her championship mettle. She showed that desire to retain that belt because she went forward, she threw caution to the wind, and she really did put it on Taila Santos.”

For what it’s worth, Santos did also seem to be slowing down a bit more than the champion, who’s more experienced in 25 minute fights. It is, however, hard to deny that the clash of heads was the single most important connection of the fight. That blow aside, Cormier also scored the bout for Santos, pointing to her control and submission attempts as the deciding factor for his scorecard.

“I thought (Santos) won the fight,” Cormier said. “I think there’s value in those submission attempts. I understand it wasn’t under the neck, I understand that Valentina wasn’t squirming and fighting for her life, but every time Taila Santos put herself in position to chase those submissions there’s got to be some value in that.”

It remains to be seen what’s next for each woman, and whether or not there will be a rematch in the near future.

Bryan Battle is dropping down to 170 lbs., and he has a first opponent for his new weight class in Takashi Sato.

I am a big fan of the face smother and was glad to see it in a UFC title fight.

Belal Muhammad may have uncovered the real reason why Khamzat Chimaev and UFC are so intent on pitting him vs. Nate Diaz.

Is this the next Georges St. Pierre?

Chas Kelly has seemingly stayed true to his word and retired.

Karolina Kowalkiewicz with an incredibly kind showing of support for her former foe, Joanne Jedrzejczyk.

A big flurry (and big upset) along the ropes:

Is this direct proof that groin strikes aren’t real? Just throw an overhand!

Stood up a bit tall in the pocket for too long …

Yellowstone National Park is currently underneath quite a bit of water.