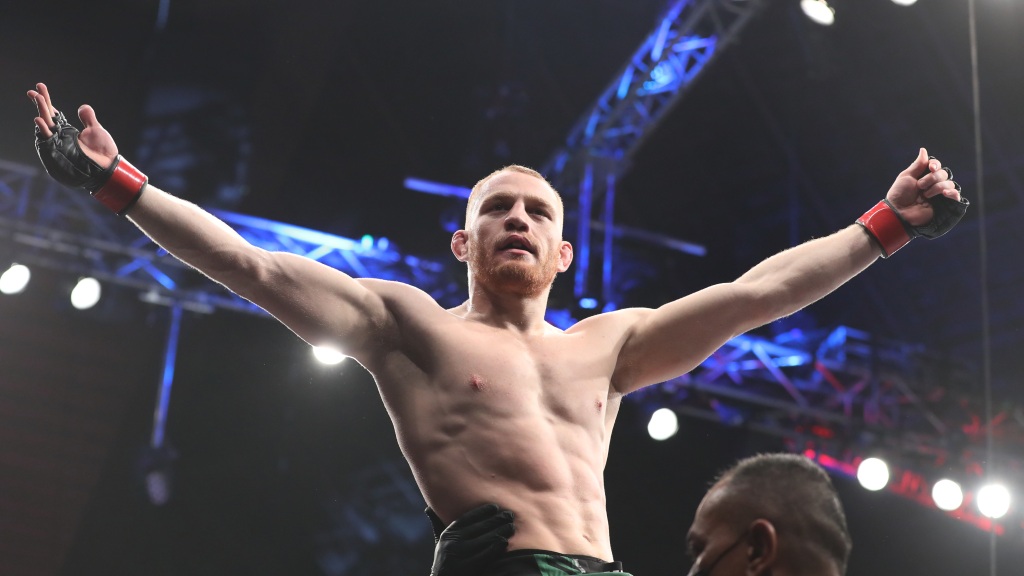 By Matthew Wells and Abbey Subhan |

SINGAPORE – Jack Della Maddalena doesn’t care who he shares the cage with next, as long they’re a challenge.

Opening the main card at UFC 275, Maddalena (12-2 MMA, 2-0 UFC) picked up his second-straight first-round finish, getting Ramazan Emeev out of the fight in under three minutes. It was the first time Emeev (20-6 MMA, 5-3 UFC) had been finished during his UFC run.

“It was awesome, no one’s ever stopped Ramazan,” Maddalena told reporters during the post-fight news conference. “That was the goal, and to be able to get that goal, it’s goal accomplished. On to the next.”

The finish earned the Australian welterweight a $50,000 bonus to make the victory even more “awesome.”

Maddalena, a Dana White’s Contender Series veteran, has now won both of his UFC appearances and didn’t waste much time getting his hand raised. Both fights took place this year, and if he has his way, Maddalena wants at least two more before 2022 is done.

“My goal has been to get four fights this year,” Maddalena said. “I think that’s still well in the realm of possibility. So yeah, four fights. No real date in particular, whenever.”

“Just someone, anyone, you know?” Maddalena said. “I’m down for the challenge. Anyone that poses a threat, I’m ready to go.”

Check out Maddalena’s full post-fight interview in the video above.