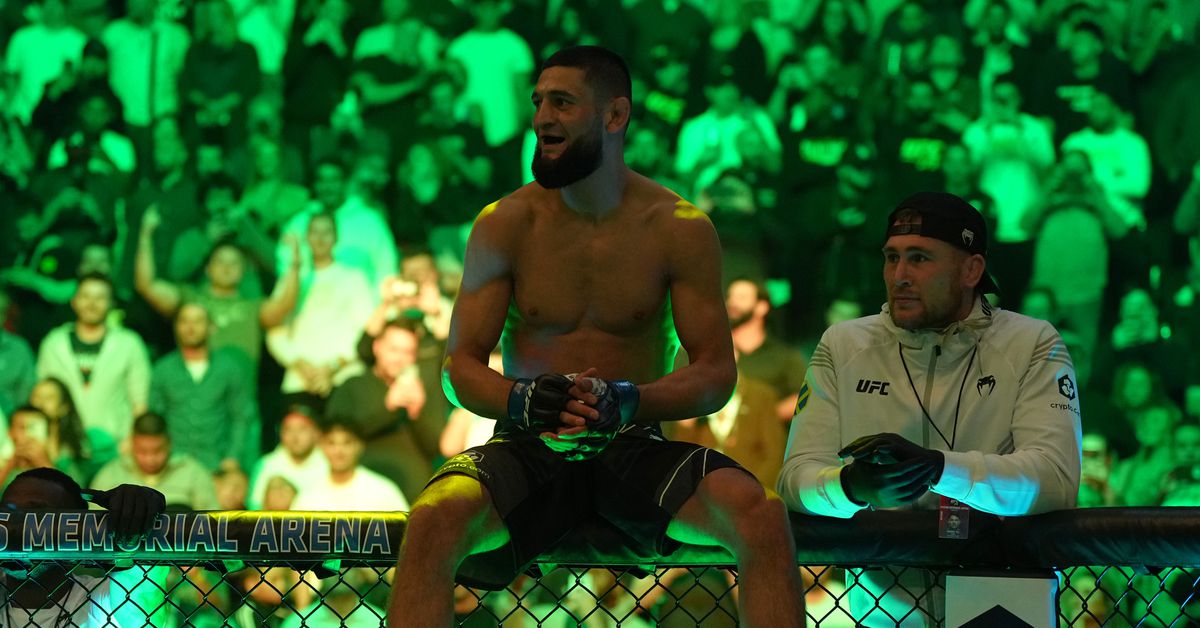 Early last month (May 2022), UFC President Dana White accidentally revealed some match-ups on his Ultimate Fighting Championship (UFC) war room board. One of those was a highly intriguing potential clash of superstars, Chimaev and Diaz. However, nothing has since come to fruition and the No. 3-ranked Welterweight contender doesn’t expect it to.

“No, it’s never been close [to a done deal],” Chimaev said on the Blockparty podcast (h/t MMA Fighting). “The skinny boy, when I said let’s fight, I was good weight, good shape, and now I’ve been lifting weights, I go up like three kilos. Now he says let’s fight.

“He was thinking, ‘Is August too early to cut weight?’” he continued. “I don’t care, I’m going to cut my weight and fight with him if he’s ready. I’ll smash that boy. He won’t be the same Diaz anymore.”

In the meantime, Diaz has continued to express his frustrations and willingness to fight anyone in what’s the last fight on his contract. He’s even gone as far as to ask for his release from the promotion.

This past week, Chimaev and fellow top-ranked contender, Belal Muhammad, agreed to a fight in Oct. 2022 but no traction has yet to be made. If UFC turns back to attempting to make the Diaz fight, Chimaev won’t be saying no.

“The Diaz fight is good for us, but skinny boy is scared, and he didn’t answer,” Chimaev said. “We will see. Belal said yes. I don’t care. I’ll fight everyone. Let Leon [Edwards] fight with [Kamaru] Usman, who wins there, I’ll go for his head. I’ll take his head and take the money.

“I can take [Diaz’s] brother (Nick Diaz) as well. I’ll take his f—king brother and we can smash him, too,” he concluded.

Who is Khamzat Chimaev more likely to face next?