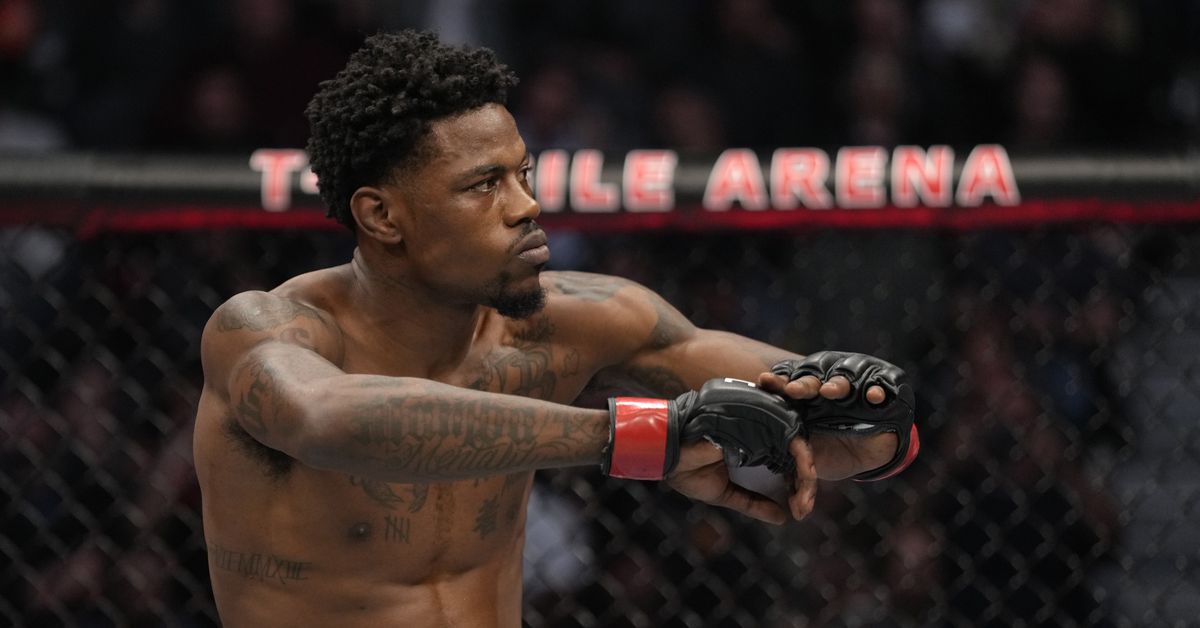 Kevin Holland has seen the future and he believes he’ll become the undisputed champion of the world.

Holland, who meets Tim Means later tonight (Sat., June 18, 2022) at UFC Austin live on ESPN/ESPN+ from inside Moody Center in Austin, Tex., is a man of many faces. From former middleweight contender to public superhero, the welterweight finisher is an interesting character to say the least. You can now add time traveler and psychedelic journeyman to Holland’s resume.

FEATHERWEIGHT FIREWORKS! Ultimate Fighting Championship (UFC) returns to Austin, Texas, for the first time since 2018 to hold its first event in the brand-new Moody Center on Sat., June 18, 2022. Headlining the event will be a Featherweight match up sure to deliver fireworks as No. 4-ranked contender, Calvin Kattar, takes on No. 7-seeded Josh Emmett. In UFC Austin’s co-main event, Cowboy Cerrone finally locks horns with fellow veteran, Joe Lauzon, while respected veteran, Tim Means, battles fan favorite Kevin Holland, one fight prior.

That’s because the fighter known as “Big Mouth” is fresh off a mushroom trip in which he saw the future. It’s an unorthodox way to put a fighting career into perspective, but Holland believes his recent psychedelic experience will lead him to bigger and better things inside of the Octagon, including a UFC title.

“My first time popping shrooms and they say you see the future. I’ve seen the future. I’m going to be the f****** champ. I’m ready to f****** do it. It was out of competition when I did it, so it didn’t f****** matter. I’m ready to go out there and do everything I’ve got to do. Put in the work, swim those extra laps, ride the bike for those extra miles. I ain’t running, I ain’t no runner cause I don’t run from s*** but yeah I’m getting it done. I’m going to be that guy.”

Holland, who made a successful return to welterweight with a TKO finish over Alex Oliveira this past March, is still willing to fight anyone the promotion puts in front of him. This includes another stopover at middleweight, but “Big Mouth” believes his services will be best utilized at the 170-pound level.

“I think I’m going to have a phenomenal time no matter who it is at 170 pounds, whether they’re a great wrestler or a great striker, I think I’ll be OK.”

As for his matchup with Means, Holland believes their main card clash with steal the show in Texas. Holland has been pretty respectful to Means up to this point, but he’ll be looking to make a statement against “Dirty Bird” when the cage door shuts at UFC Austin.

“I don’t care who else is on the card, the people’s main event that night, it’s me versus Tim Means,” Holland said. “Tim Means is an OG of the game, he’s beat a lot of guys that live in Texas, from Texas, train out of Texas, and me, I’m from California — let’s not ever get it confused, Ontario, Calif. at that, Rancho Cucamonga, Ontario Hills — but back to the point, I’ve been in Texas since I was 18 years old. I just know how it goes.

To check out the latest and greatest UFC Austin news and notes be sure to hit up our comprehensive event archives here and here. For the updated and finalized “Kattar vs. Emmett” fight card and ESPN/ESPN+ line up click here.

Vanessa Demopoulos looking forward to UFC Vegas 57 fight against Jinh Yu Frey
Ranking the fights at UFC 276: Two title fights plus Sean O’Malley prepares to put on a show in Vegas
UFC 276: Will a title or two change hands? Is Sean O’Malley ready for the next step?
‘Bad Boy’ Stares Down ‘Reem At GLORY Presser
Gamrot edges Tsarukyan in back-and-forth brawl