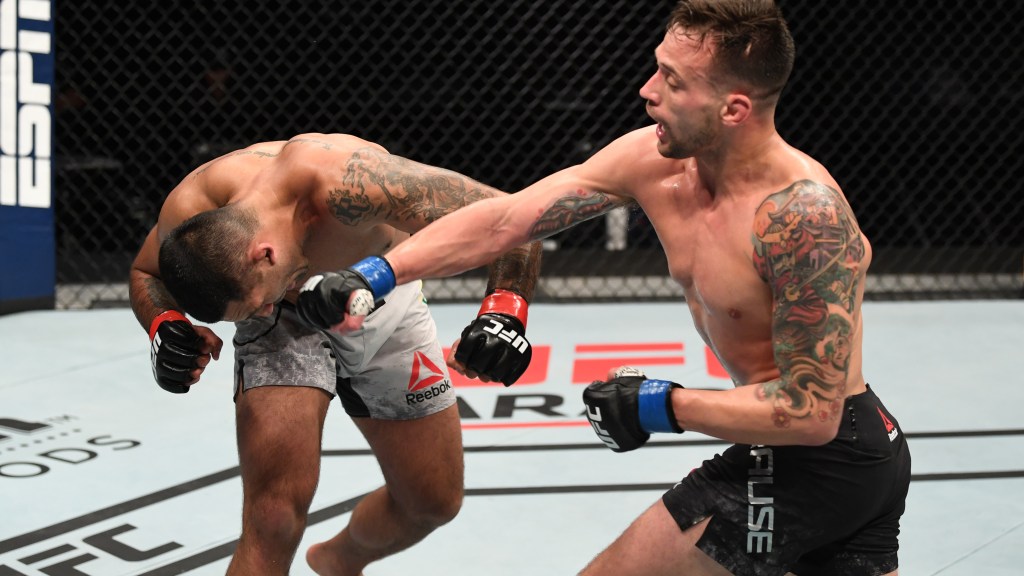 James Krause is OK if he never fights again, but can be lured back if the numbers are right.

That’s because longtime MMA veteran Krause is a gym owner and one of the best rising coaches in the game, leading a young stable of fighters at Glory MMA and Fitness.

Krause (28-8 MMA, 9-4 UFC) hasn’t competed since defeating Claudio Silva in a short-notice fight in October 2020, and while he’s not plotting his next octagon appearance, he’s not opposed to fighting again if the pay day is worth it.

“I’m not actively looking for a fight or anything like that, but it’s kind of a tricky thing for me,” Krause told MMA Junkie Radio. “I feel like everybody has a price, and I would be lying to you if I said I didn’t have a price. But I am fulfilled, if that makes sense.

“If I never fight again, I’m 100 percent good with that. I’m fulfilled with what I’ve done and what I’m currently doing. I feel like I have a clear-cut transition going from fighting to coaching. I’m happy with everything. I don’t have a super desire to jump back in there.”

Krause’s past two octagon appearances have been on short notice. He stepped in on one day’s notice against Trevin Giles in a middleweight bout at UFC 247 and lost a controversial split decision. His next appearance came against Silva, in which he flew halfway across the world to Abu Dhabi to replace Muslim Salikhov on less than two weeks’ notice at his natural weight class of 170 pounds.

“More so than anything, I don’t have the desire to do an eight-week camp. But if they offered me enough money, absolutely,” Krause added. “I’m in shape. I’m always in shape. I train these guys every day. I did three sessions this morning and then I did an hour technique, a half-hour live gos. I’m in good shape, so it’s not that.

“It’s just that I lost that desire to grind for six to eight to 10 weeks. I just don’t want to do that anymore, and I’m getting my fix by coaching. I really enjoy it. But everybody has a price, and if it made sense for me financially, I would – you guys have been interviewing me long enough to know that I would for sure do it.”