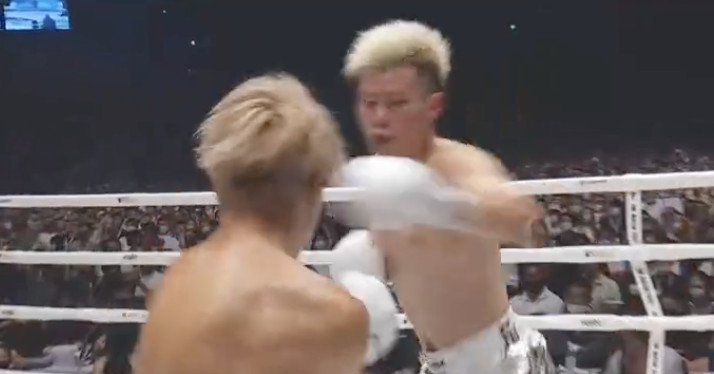 The highly anticipated battle between Tenshin Nasukawa and Takeru Sagawa lived up to the hype. In the end, Nasukawa walked away with the victory.

The legendary kickboxers battled it out in the main event of The Match 2022, an event co-promoted by K-1, Rise, and RIZIN. It was an exciting striking battle from the very beginning and following the final bell, Nasukawa — who dropped Sagawa at the end of the first round — earned the nod across the board on the judges’ scorecards.

Check out highlights of the fight below:

In the co-main event, Kaito defeated Masaki Noiri in the extension round via unanimous decision, while Kento Haraguchi stopped Hideaki Yamazaki in the second round in the feature contest.

Check out full results of The Match 2022 below: