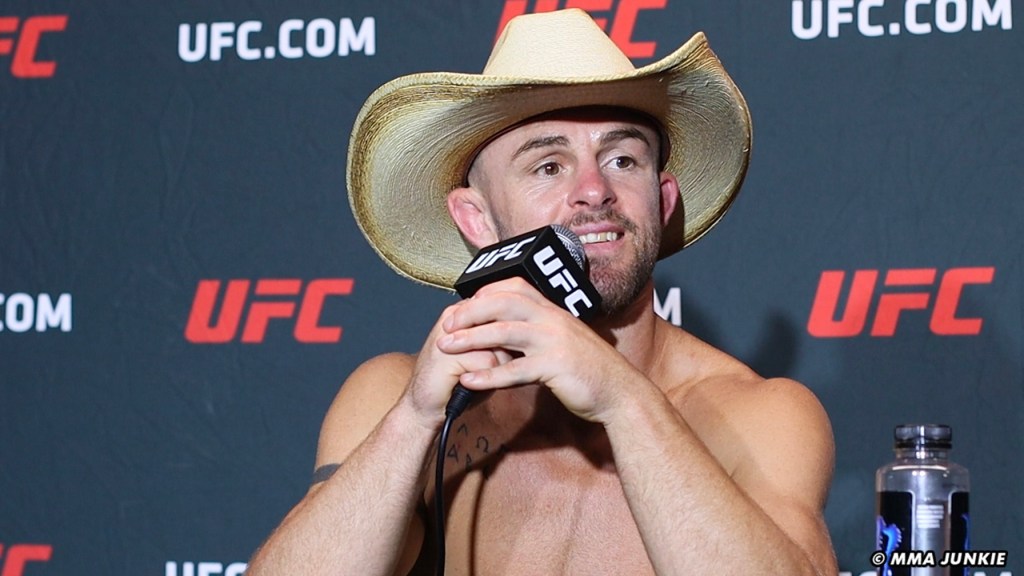 AUSTIN, Texas – Cody Stamann was so confident his fight against Eddie Wineland would be over quickly, he told family and friends to not bother coming to see him fight in person.

Stamann (20-5-1 MMA, 6-4-1 UFC) blitzed through Wineland (24-16-1 MMA, 6-10 UFC) in just 59 seconds at UFC on ESPN 37 in Austin, Texas. The loss for Wineland was his third straight by knockout in the first round and sent the former WEC bantamweight champion into retirement.

It was an important fight for Stamann, too. He snapped a three-fight skid and got back in the win column with a performance that picked him up an extra $50,000 in post-fight bonus money. And his premonition about how quickly he’d get things done came true.

For what Stamann had to say about a crucial win to snap the worst skid of his career, check out the full interview in the video above.