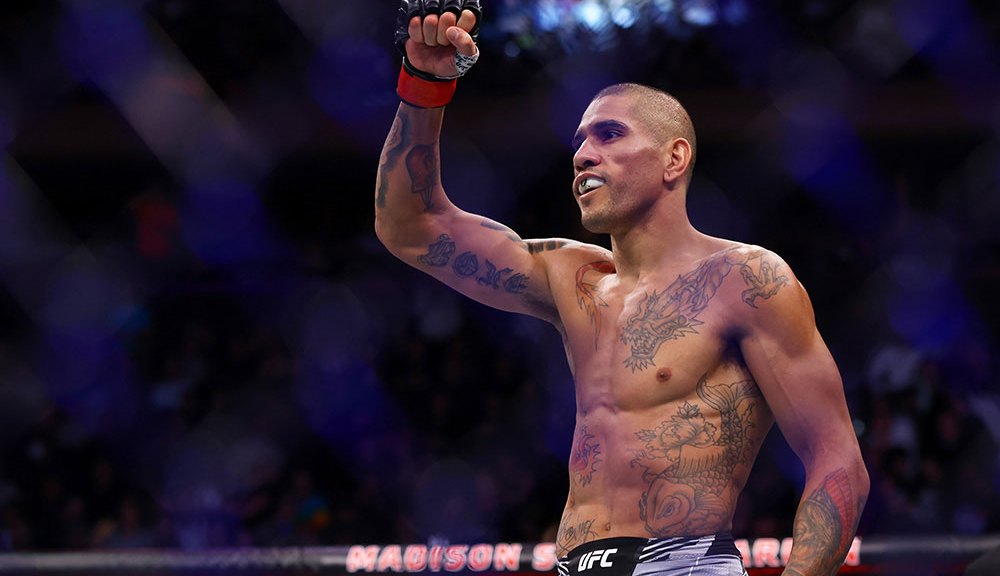 The stakes are higher than ever, says Alex Pereira.

Just six fights into his MMA career, Pereira (5-1 MMA, 2-0 UFC) thinks UFC 276 will likely punch (or kick) his ticket into the on-deck circle for whoever holds the belt following the event’s conclusion.

“Whoever wins this fight will get whoever is the champion next,” Pereira recently told MMA Junkie through a translator. “And it’s great because I have a clear path ahead for me, I already know what will be next and that makes me very excited.”

Originally scheduled to fight July 30 vs. Sean Strickland (25-3 MMA, 12-3 UFC) at UFC 277 in Dallas, the matchup was preserved but expedited three weeks forward to UFC 276, July 2 in Las Vegas – an unusual move by the promotion. As fans looked up and down the UFC 276 lineup, many theorized the move was intentional by the UFC, considering who is atop it.

UFC middleweight champion Israel Adesanya (22-1 MMA, 11-1 UFC) defends his title against Jared Cannonier (15-5 MMA, 8-5 UFC) in the main event. From the moment he joined the UFC, Pereira was linked to the champion, who he holds two kickboxing wins over – including an April 2016 knockout.

A brutal knockout of Andreas Michailidis and a hard-fought decision win against Bruno Silva have only built the anticipation more for the now 34-year-old to get paired with Adesanya.

Pereira isn’t sure if it was a coincidence they’re on the same card, but he’s confident the UFC’s intention after July 2 will be to have him fight the main event winner, who he points out, could be Cannonier.

“I think Adesanya is the favorite, but everything can happen in a fight,” Pereira said. “If he makes a mistake he can get caught and be knocked out. I can’t see him losing by decision, but I think Cannonier has a real chance of knocking him out or submitting him – more likely knocking him out. But I believe Adesanya is the favorite. In the end, it doesn’t matter to me who wins that fight, My goal is the belt. So good fight for them. I’m very confident I’ll be the challenger of the winner next.”

One way or another, Pereira recognizes the UFC’s faith in him. The promotion put him in a big-time slot against a major contender in Sean Strickland. He sees big things on the horizon.

“We see there’s an interest of getting me to fight to the title, especially if Adesanya is the champion, as everyone has been talking about it,” Pereira said. “But to me, no matter who is there, I want to be the champion. But the UFC thinking like this is (all good) with me.”