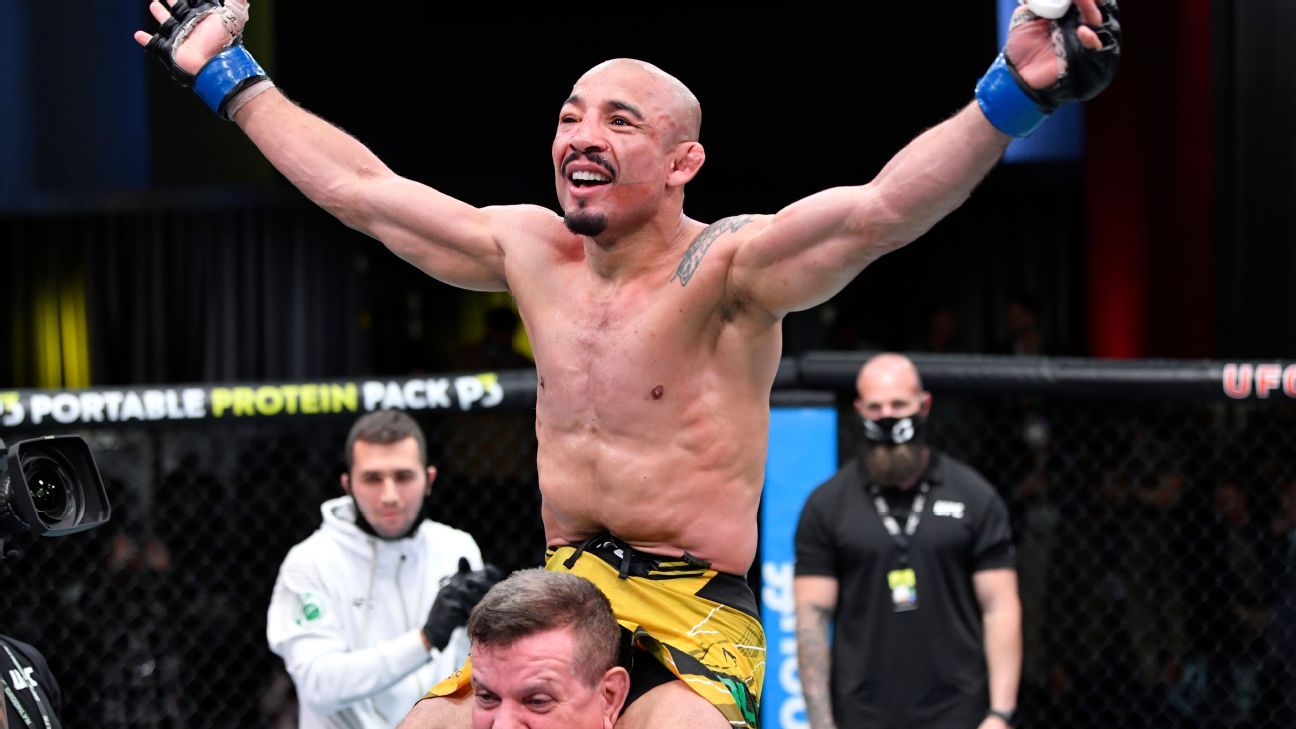 One of the greatest former champions in UFC history will take on a surging contender this summer.

Jose Aldo, the former longtime UFC featherweight champion, and Merab Dvalishvili have verbally agreed to a bantamweight fight at UFC 278 on Aug. 20 in Salt Lake City, sources confirmed to ESPN on Thursday. MMA journalist Ariel Helwani was the first to report the bout being targeted.

ESPN has Aldo ranked No. 4 and Dvalishvili ranked No. 7 in the world at bantamweight.

Aldo (31-7) has won three in a row after a loss to Petr Yan in a vacant bantamweight title fight in July 2020 at UFC 251. He is coming off a unanimous decision win over Rob Font in December. The Brazilian fighter is a former two-time UFC/WEC featherweight champion with seven successful title defenses, one of the best marks in UFC history. Aldo, 35, moved down to bantamweight in 2019 and has won three of five at 135 pounds.

Dvalishvili (14-4) has won seven in a row and has not lost since 2018. The Republic of Georgia-born fighter, who lives and trains in New York, most recently beat Marlon Moraes, via second-round TKO last September. Dvalishvili, 31, is a former Ring of Combat bantamweight champion, nicknamed “The Machine” for his relentless pace and wrestling.