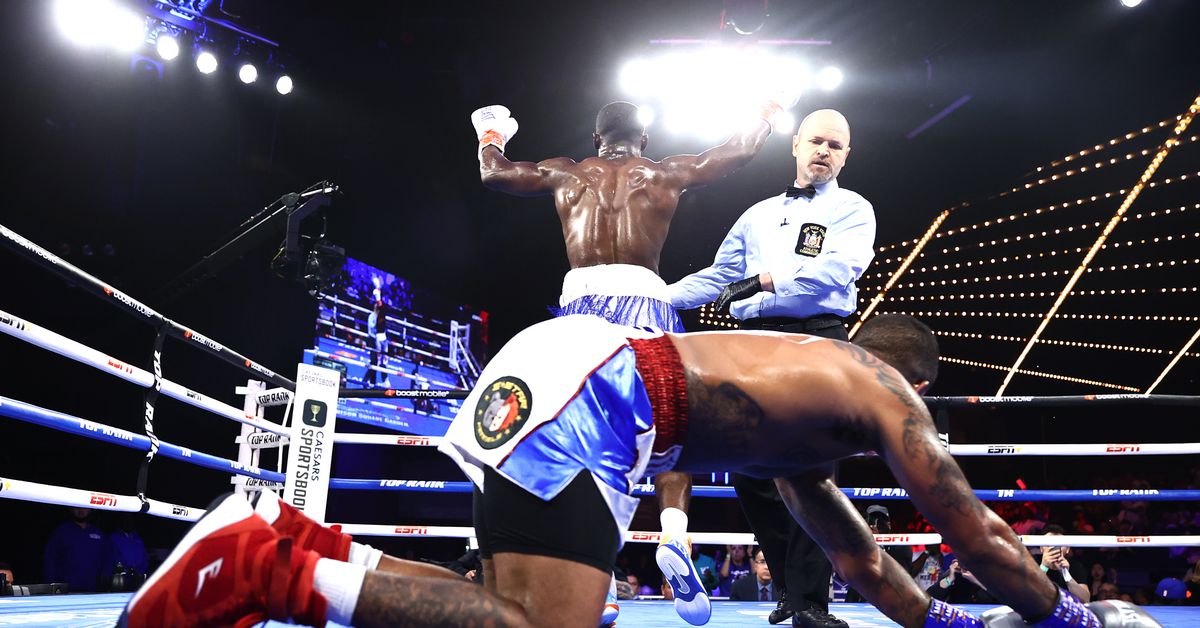 Troy Isley had Donte Stubbs right where he wanted him.

At Saturday’s Beterbiev vs. Smith boxing event at Hulu Theater at Madison Square Garden in New York, Isley scored the biggest highlight of the undercard with an explosive counter-punch knockout of Stubbs at the :38 mark of Round 3.

Watch the highlight-reel knockout shot above.

Isley’s power-punching was on full display as the 23-year-old American constantly advanced on the overmatched Stubbs. He consistently landed his right hand and actually dropped Stubbs earlier in the fight. However, it was in Round 6 that Isley landed the finishing blow, connecting with a right hand on the button as Stubbs ducked into it.

Stubbs immediately lost his legs, falling forward and ending up on his hands and knees. When the referee administered the standing count, Stubbs stumbled back to the ropes and it was clear that the fight was over.

With the win, Isley improved to 6-0 as a pro with four of those wins coming by way of knockout.

Watch an alternate angle of the finish and more highlights here.