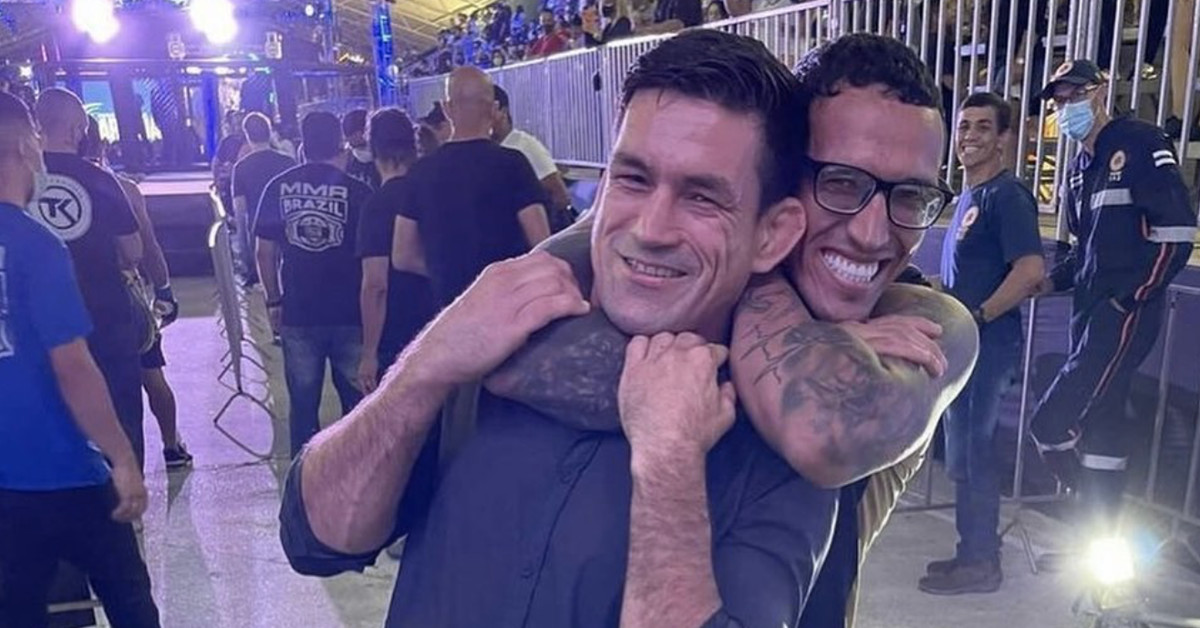 In 2013, Khabib Nurmagomedov dismantled Thiago Tavares one day after wearing a t-shirt that read “if sambo was easy it would be called jiu-jitsu” at the UFC Sao Paulo weigh-ins. In the end, no one was able to stop Nurmagomedov’s ground game before his retirement in 2020.

With Islam Makhachev now on the rise as Nurmagomedov’s protege in the lightweight division and gunning for a shot at UFC gold, longtime veteran Demian Maia sees Charles Oliveira, the uncrowned king in the 155-pound class, as the one to decipher the tricky puzzle.

“If there’s a man to beat that type of fighter, it’s Charles, because Charles has [a good] guard [game],” Maia said on this week’s episode of MMA Fighting podcast Trocação Franca. “You have to have [a good] guard to beat someone like that, enough guard to at least survive but also be offensive, to be dangerous there. Charles has that. Charles is a dangerous fight for that type of fighter. Not to mention he’s dangerous as hell on the feet.”

Having a good guard game wouldn’t be enough to stop Makhachev or Nurmagomedov from nullifying an opponent’s jiu-jitsu from top position and controlling them round after round, though, and Maia has been in that situation over the course of his MMA career.

“It’s kind of the same strategy when I fought Ben Askren,” said Maia, who choked out the Olympic wrestler and former Bellator and ONE welterweight champion with a rear-naked choke in 2019. “I was taken down and was working right away. You can go for a sweep or a submission during the takedown. Not that you can’t be off your back, but you don’t wanna be there early, when you opponent has too much energy to hold you and steal rounds.

“I had this drill back when I fought Ben Askren, he’d take me down and I would go for the ankle, a triangle, a sweep, you know? I still do these drills to this day. But I think you have to be the type of fighter Charles is to be someone like that. If you don’t have jiu-jitsu, you don’t beat these guys.”

Maia, who returns to action Saturday in Europe against Benson Henderson in a grappling match at Polaris, made his welterweight debut in 2012 against Dong Hyun Kim on the same card that saw Nurmagomedov go the distance with Gleison Tibau, and Maia remembers watching “The Eagle” work out in the locker room prior to UFC 148.

“He was warming up with us, such a nice guy,” Maia said. “[Coach] ‘Leozinho’ Vieira said, ‘Demian, this kid is so tough. He’ll be champion one day.’ I asked him if he had good wrestling and he said, ‘No, he has good jiu-jitsu.’ He trained with a bunch of jiu-jitsu guys at AKA and has that incredible background in wrestling and sambo, so he combined all that.”

Maia, however, said “I would put [my money]” on Oliveira to win if he gets paired up against Makhachev next. “I’m not a betting guy, but I would,” Maia said.