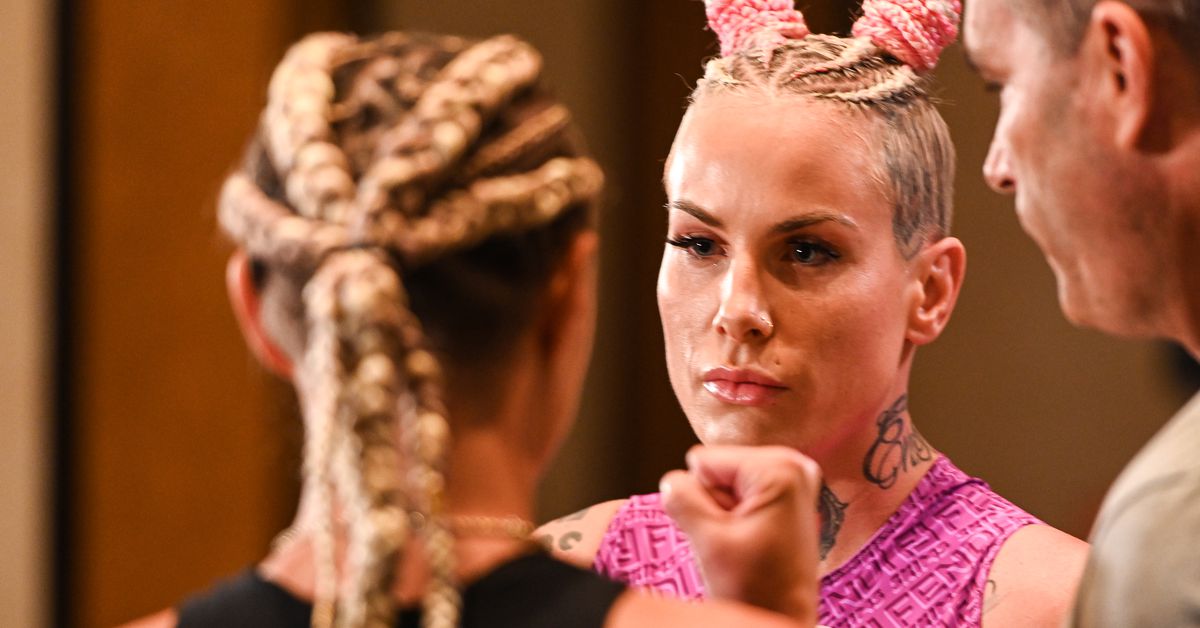 This is the BKFC 26 live blog for Bec Rawlings vs. Britain Hart 2, a featured bout of Friday’s main card at the Seminole Hard Rock Hotel & Casino in Hollywood, Florida.

This is a flyweight rematch of a bout that previously took place in August 2018, which saw Rawlings edge Hart via split decision.

Rawlings, who is 8-9 in MMA and 3-0 in her bare-knuckle boxing career, has not competed in BKFC since a February 2019 win over Cecilia Flores. She is perhaps best known for her stint in the UFC, which saw her challenge well-known names like Paige VanZant and Tecia Torres. Rawlings earned a unanimous decision win over Elina Kallionidou in her most recent combat sports appearance in February 2020 at Bellator 240.

Hart, who is 4-3 in her bare-knuckle boxing career and 1-3-3 as a pro boxer, returns after dropping a unanimous decision to Christine Ferea in her bid to win the vacant BKFC flyweight title. Hart owns notable bare-knuckle boxing wins over former UFC fighter VanZant and Pearl Gonzalez.

Check out the Bec Rawlings vs. Britain Hart 2 live blog below.

Round 1: Cautious start for both, with Hart jabbing from the outside. Hart follows up, and Rawlings starts to work her jab. Hart still sniping from outside as Rawlings stays patient. Rawlings closes and unloads a combo. She catches Hart with a straight right. Hart comes in wild with hooks and is blocked. Rawlings jabs the sternum and that’s the bell.

MMA Fighting scores the round for Rawlings, 10-9.

Round 2: Rawlings out aggressive early. Hart on the move, circling and jabbing to slow the advance. Hart goes to the body, but Rawlings again catches her with the right and they tie up to get a separation. Hart back on the move; she looks tentative, but her jab to the body at distance has been successful. Rawlings leads the right and resets. She’s on the mark with a jab. Again, Rawlings scores with the straight right after Hart misses on an uppercut.

Round 3: They trade right hands early, and Rawlings doubles up with the right as Hart goes low. Hart caught on the counter coming in. Rawlings technique a lot cleaner inside, she’s wasting less movement as Hart tries to get inside and land and fires back to keep distance. Hart with a nice shot to the body on the back end of a combo. Rawlings lands a two-punch combo off the back end. Hart goes back to the jab, and Rawlings short with a right.

Round 4: Early straight rights from Rawlings off the jab. Hart dodges most but gets caught with one right. Hart back to the jab, circling around, and then looses a two-punch combo. Rawlings comes back on the end of Hart’s advance, but she’s a little off and misses. Hart’s activity might win her the round here; Rawlings’ right a little short again. Jab and cross to body is Hart’s best work. Finally, Rawlings lands a right and left hook, and Hart chases her with a flurry to close.

Round 5: Rawlings leads early with a flurry of punches that connect, and they start to trade heavy. Rawlings is on early, and Hart resets. Rawlings cathces Hart coming in and then lands a straight right. Hart back to the body with her left hand, and then she unloads as Rawlings closes in. Hart ducks as Rawlings charges in and goes back to moving. Rawlings stalking, lands a right and left hook in counter. Rawlings’ hair is an issue as it flops around. She clowns Hart and closes in. Hart trying to hit and run, and Rawlings swings. They start cursing at each other, and Hart gives a finger. Not a classy end to a very technical fight.