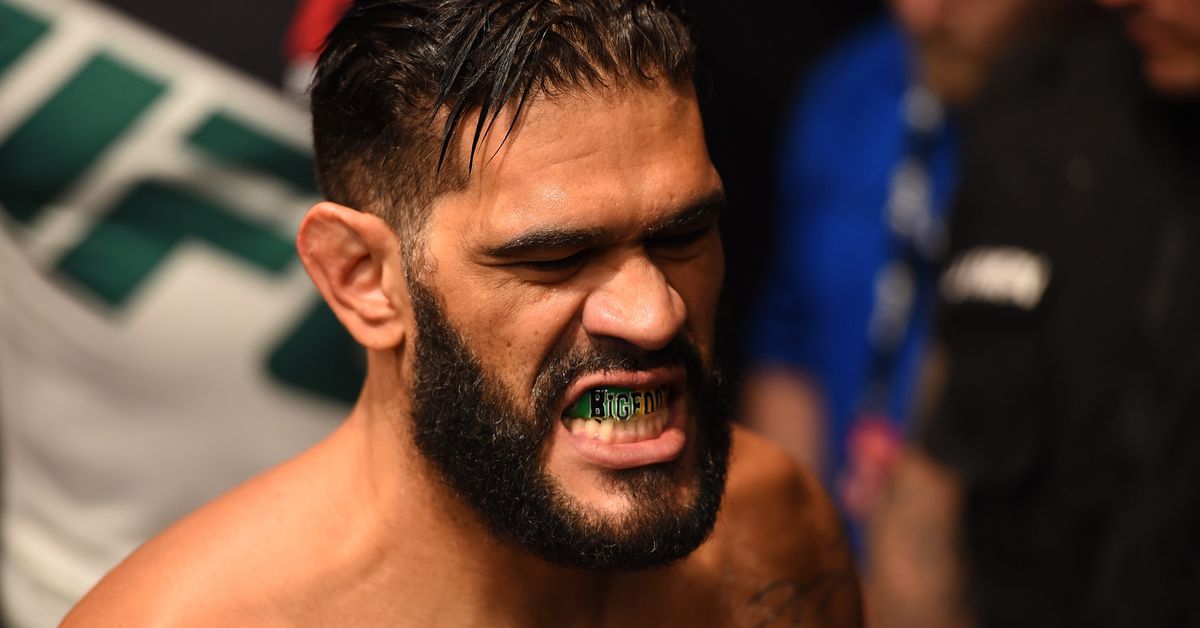 The former UFC heavyweight contender returned to action at MMA Series 53 in Moscow, Russia, where he faced 14-1 fighter Oleg Popov. Just 15 seconds into the 2nd round, Popov hit a charging Silva with a left hand that dropped the 6 ft 4 in “Bigfoot” to the canvas. A single follow-up punch on the ground was all it took to put his lights out completely, and it was a scary sight watching the referee cradle a completely limp Silva in his arms.

The fight up to that point had not being going Silva’s way. Stats broadcast by MMA Series showed Popov had landed 52 punches, 9 elbows, 5 kicks, and 2 knees to Silva’s two punches (out of a total five thrown) and one kick. The loss drops Silva to 19-14 in MMA and 3-14 over the past decade including bare knuckle and kickboxing bouts.

The fall from grace is a sad one from a fighter who went 16-3 through the early portion of his career, peaking with a win over Fedor Emelianenko in February 2011. When Strikeforce was bought and rolled into the UFC, “Bigfoot” struggled to win against top tier opponents like Cain Velasquez but gave some pretty impressive performances. He had one of the greatest fights in the history of the heavyweight division against Mark Hunt in 2013. For five rounds, Hunt and Silva went to war in a bout so good that no one was upset it ended as a majority draw.

Silva would end up testing positive for PEDs following that bout, and would later be forced to undergo surgery in 2014 to remove a tumor on his pituitary gland that generated extra growth hormone.

These days Silva fights primarily in the east, with Russia being a regular haunt. Eagle FC nearly booked “Bigfoot” Silva vs. Tyrone Spong to headline their Miami Eagle FC 44 in January 2022, but Silva was later replaced by Sergei Kharitonov.

“I have no idea what happened,” Silva told MMA Fighting at the time. “No one from the promotion told me anything as to why I’m out. They simply changed it, put Kharitonov in, and told me nothing.”

Silva went on to say behind the scenes rumors had the Florida State Athletic Commission refusing to license him, which he thought was strange considering he hadn’t even submitted any medicals yet. With his string of KO losses, it’s not that much of a stretch for the commission to refuse the fight on basis of record alone. Given the results we saw in this latest anti-highlight, it’s a stance any legitimate commission should probably take moving forward.