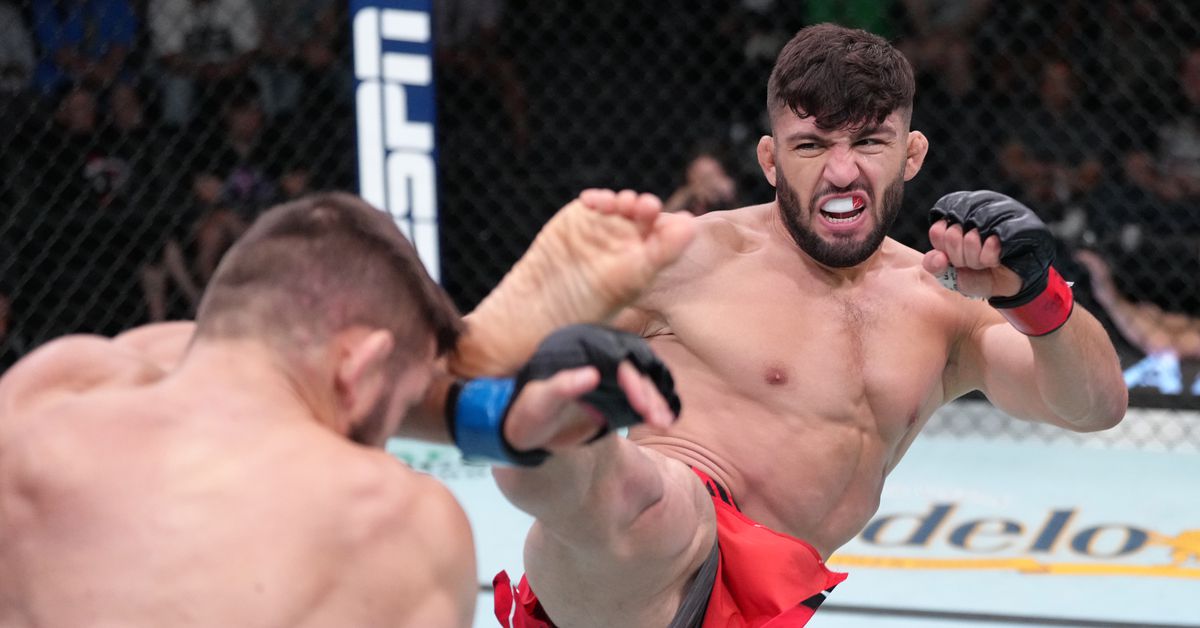 The UFC Vegas 57 main event between Mateusz Gamrot and Arman Tsarukyan was an entertaining and technical fight that rightfully earned the $50,000 fight of the night bonus. While judges handed the win to Gamrot with identical 48-47×3 scorecards, most fans agree there really wasn’t a loser in this bout (watch the highlights here).

Well … some argue that Gamrot should have lost, and Tsarukyan deserved the win.

Arman Tsarukyan certainly believes he did enough to earn the victory. Early Sunday morning he took to Instagram to send a message: “I didn’t lose this fight, only upwards from here!”

There’s no way to call this a robbery — the fight was just too close. Both fighters fought hard for all five rounds and this is another case where it’s a real shame one man goes home with half his paycheck. The bonus check will hopefully be a salve on that wound for Tsarukyan. That and the number of fans he picked up off that gutsy performance in the later rounds against Gamrot.

The UFC lightweight division continues to be one of the deepest in the promotion. Tsarukyan came into UFC Vegas 57 at #11 and Mateusz Gamrot at #12. With what we saw from both of them on Saturday, both could be in the top five in another year or so.

Khabib Nurmagomedov certainly thinks so. During the post-fight press conference, Gamrot relayed the conversation he had with ‘The Eagle’ following his win.

“He said to me, ‘Congratulations on your fight. You are a nice guy. For sure, in the future you will meet with Islam in a fight,’” Gamrot said. “So I keep my fingers crossed for Islam, I think Islam beats Charles Oliveira next fight, and I want a next fight with Justin [Gaethje] and next fighting with Islam. Simple plan.”

Of course, ask any other fighter in the lightweight division how easy it is to lock up a title shot and they’ll tell you it’s a war of attrition and test of patience. It will certainly be a pleasure watching Gamrot and Tsarukyan continue to climb through the division.

O’Malley Expects Narrative To Switch To “I Will Fight Anyone”
Ariane Lipski predicts exciting showdown with Priscila Cachoeira at UFC on ESPN 40
The Korean Zombie shares video of flooding in gym amid Seoul downpours
MMA Junkie’s Knockout of the Month for July: A signature punch leads to a title shot
Tyson Fury announces comeback from retirement, wants trilogy fight vs. Derek Chisora