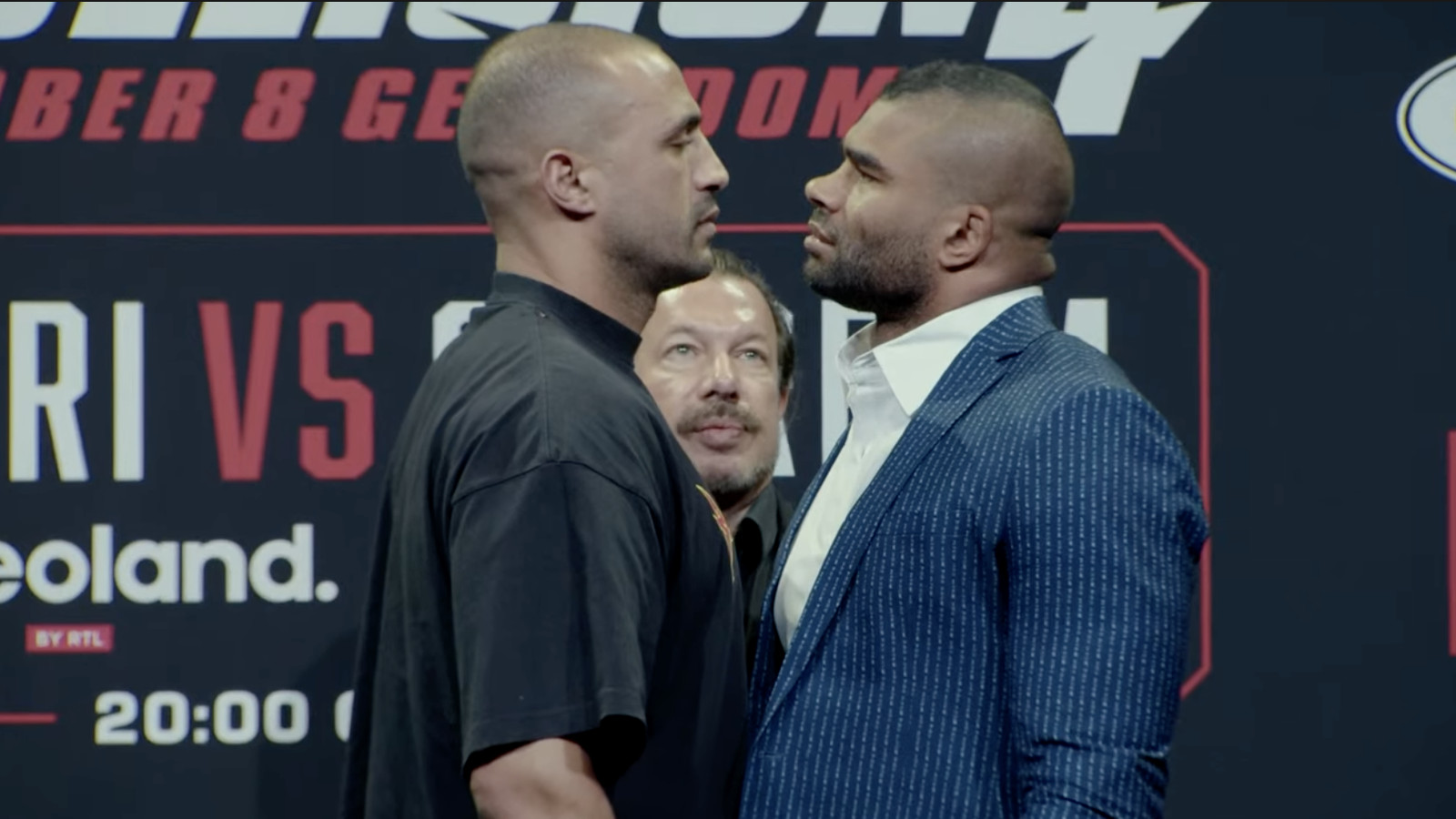 Longtime kickboxing rivals Badr Hari and Alistair Overeem will finally complete their trilogy in the GLORY: “Collision 4” main event, a heavyweight showdown recently made official for Sat., Oct. 8, 2022 inside GelreDome in Arnhem, Netherlands.

Hari was stopped by Overeem when they first went to war at Fields Dynamite! back in late 2008 (see it here). They would rematch roughly a year later and the Moroccan striker scored his first-round revenge as part of the K-1 World Grand Prix Final (replay here).

Hari, 37, has not seen the win column since summer 2018, racking up four losses and a pair of No Contests, including his bizarre battle against Arkadiusz Wrzosek last March, which came to a halt when the crowd went into business for itself.

As for Overeem, who turned 42 just a few weeks back, he’s been inactive since parting ways with UFC in early 2021. “Demolition Man” was expected to compete against Rico Verhoeven last October; however, a late injury brought a hasty end to that fan-friendly fight.

Midnight Mania! ‘MMA, I’ll Never Forget You’
Ariane Lipski not medically cleared, UFC on ESPN 40 bout vs. Priscila Cachoeira rescheduled
Anthony Pettis reveals he broke both his hands in second loss to Stevie Ray
Adesanya On Pereira Bout: Have I Ever Shied Away From A Fight?
Khamzat Chimaev Dismisses Hefty Odds In Nate Diaz Fight