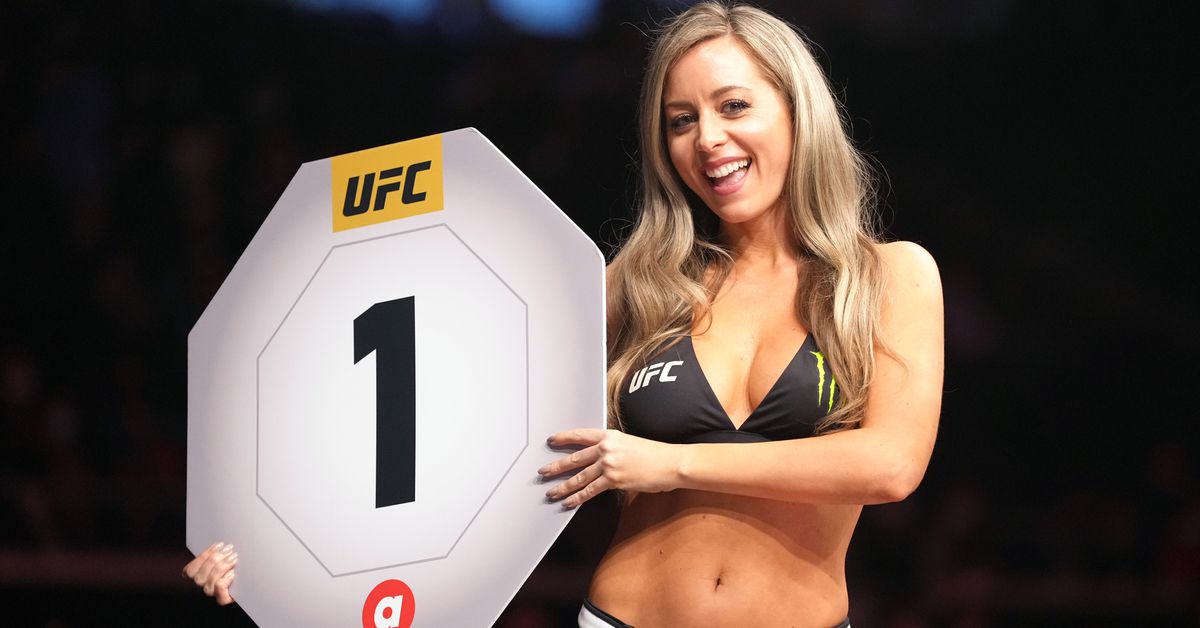 Two of the most dominant Ultimate Fighting Championship (UFC) champions put their belts on the line this Saturday (July 2, 2022) when Israel Adesanya meets lethal contender Jared Cannonier and Alexander Volkanovski attempts to finally settle the score with Max Holloway. T-Mobile Arena in Las Vegas, Nevada, will also see Alex Pereira look to fast-track his way into contention at Sean Strickland’s expense and Sean O’Malley square off with the always-dangerous Pedro Munhoz.

UFC 275 features seven “Prelims” undercard bouts this time that will set the pay-per-view (PPV) stage; however, since we don’t know which of the original eight will get shunted to the main card after the latest reshuffle, we’re just doing all of ‘em. Here’s the batch on ESPN+ …

Uriah Hall (17-10) went from losing four of five to winning four straight, among them violent knockouts of Bevon Lewis and Anderson Silva. His efforts earned him a main event slot opposite Sean Strickland, who out-worked and out-wrestled him to a wide decision victory.

“Prime Time” fights for the first time in more than 11 months.

Andre Muniz (22-4) — whose only defeat since 2013 came at the hands of Light Heavyweight prospect Azamat Murzakanov — rode a four-fight win streak into the Octagon that featured two victories on Contender Series. “Sergipano” has since extended it to eight and racked up three first-round submissions along the way, one of them over the legendary “Jacare” Souza.

Thirteen of his 15 submission victories have come in the first round.

If Hall wins this, it’ll be by miraculous comeback. The Strickland fight showed that he’s still vulnerable to pressure and wrestling, and while Muniz doesn’t have the stand up prowess to set up his shots the way Strickland did, he’s consistently shown that he doesn’t need a lot of time on top to end things. All signs point to “Sergipano” dragging him to the mat in the first couple of minutes and finding his neck (or arm) in short order.

Hall is, admittedly, better than most at miracle comebacks. He’s also fighting a man who’s been stopped four times as a professional. I just don’t see him keeping it standing long enough to find an opportunity. In short, make that four consecutive first round submissions for “Sergipano.”

Prediction: Muniz via first round submission

Jessica Eye (15-10) — once in the midst of a 1-5 (1 NC) skid that had her fighting for her UFC life — started her Octagon Flyweight tenure with a 4-1 run marred only by a loss to Valentina Shevchenko. The magic wasn’t to last, though, entering the cage this Saturday having lost three straight.

Maycee Barber (10-2) “lost some luster after following a 3-0 UFC start with consecutive losses to Roxanne Modafferi and Alexa Grasso, and her subsequent bogus split decision over Miranda Maverick didn’t help things. A subsequent clash with Montana De La Rosa worked out a bit better for her, though, as she cruised past The Ultimate Fighter (TUF) veteran for a comfortable victory.

“The Future” steps in for the injured Casey O’Neill on just over two months’ notice.

Premature though Barber’s nickname turned out to be, this is a very winnable fight for her. Eye’s takedown defense remains a prominent weakness that allowed four of her last five opponents to drag her to the mat, and if there’s one aspect of Barber’s game that’s genuinely solid, it’s her top control.

It wouldn’t be too outlandish to see Eye box her up, but Barber landed three of five takedowns against a very tough customer in Grasso, so she should have what it takes to drag Eye into her world and cruise to victory.

He fights for the first time since July 2021 and faces a two-inch reach disadvantage against “Stillknocks.

Dricus Du Plessis’ (16-2) pre-UFC efforts earned him two EFC titles and a brief reign as KSW Welterweight champion, an honor he claimed by flattening the lethal Roberto Soldic. His UFC efforts have been similarly destructive, netting him two knockouts and a “Performance of the Night” bonus for his finish of Trevin Giles.

He’s never seen the judges as a professional, submitting nine.

Full disclosure: I want Du Plessis to win this. He’s such a weird, unique fighter, and it would please me to no end to see his wonky style carry him into contention.

Luckily for him (and me), he’s got the tools to do it. Even if Tavares’ takedown defense figures to take “Stillknocks’” ground game out of the equation, the latter’s countering skills and raw power look sufficient to exploit the rare openings in Tavares’ meat-and-potato striking. Plus, Tavares’ chin has failed him on multiple occasions, which bodes ill against Du Plessis’ murderous left hook. I say Du Plessis catches him late in the first.

While she entered UFC in the midst of a 2-3 (1 NC) slump, Jessica-Rose Clark (11-7) proved she belonged, winning four of her first six in the promotion. She wasn’t quite so fortunate against Stephanie Egger, unfortunately, suffering the first submission loss of her career in Feb. 2022.

“Jessy Jess” gives up two inches of height and 1.5 inches of reach to Julija Stoliarenko (9-6-1).

Though unsuccessful at TUF 28 Finale, Stoliarenko fought her way back to the big show with five straight wins, among them a decision over unbeaten Lisa Verzosa to claim Invicta’s interim Bantamweight championship. She’s still chasing her first Octagon victory, having lost three straight since her return.

Armbars account for all eight of her professional submission finishes.

For her sake, Clark better have learned her lesson against Egger. She did the one thing that could have lost her that fight, namely getting lazy in the clinch, and Stoliarenko is similarly equipped to punish any lapses in decisive fashion. Stoliarenko also looks to be the more capable striker, as she held her own on the feet against Julia Avila and Alexis Davis.

That said, she’s been controlled and beaten up on the mat before. Indeed, once opponents are wise to her armbar, she runs out of options in a hurry. So long as Clark stays committed to the takedown and minds her P’s and Q’s on top, she should be able to grind it out.

Remember that MMAmania.com will deliver LIVE round-by-round, blow-by-blow coverage of the entire UFC 276 fight card right here, starting with the early ESPN+ “Prelims” matches online, which are scheduled to begin at 6 p.m. ET, then the remaining undercard balance on ABC/ESPN+ at 8 p.m. ET, before the PPV main card start time at 10 p.m. ET on ESPN+ PPV.