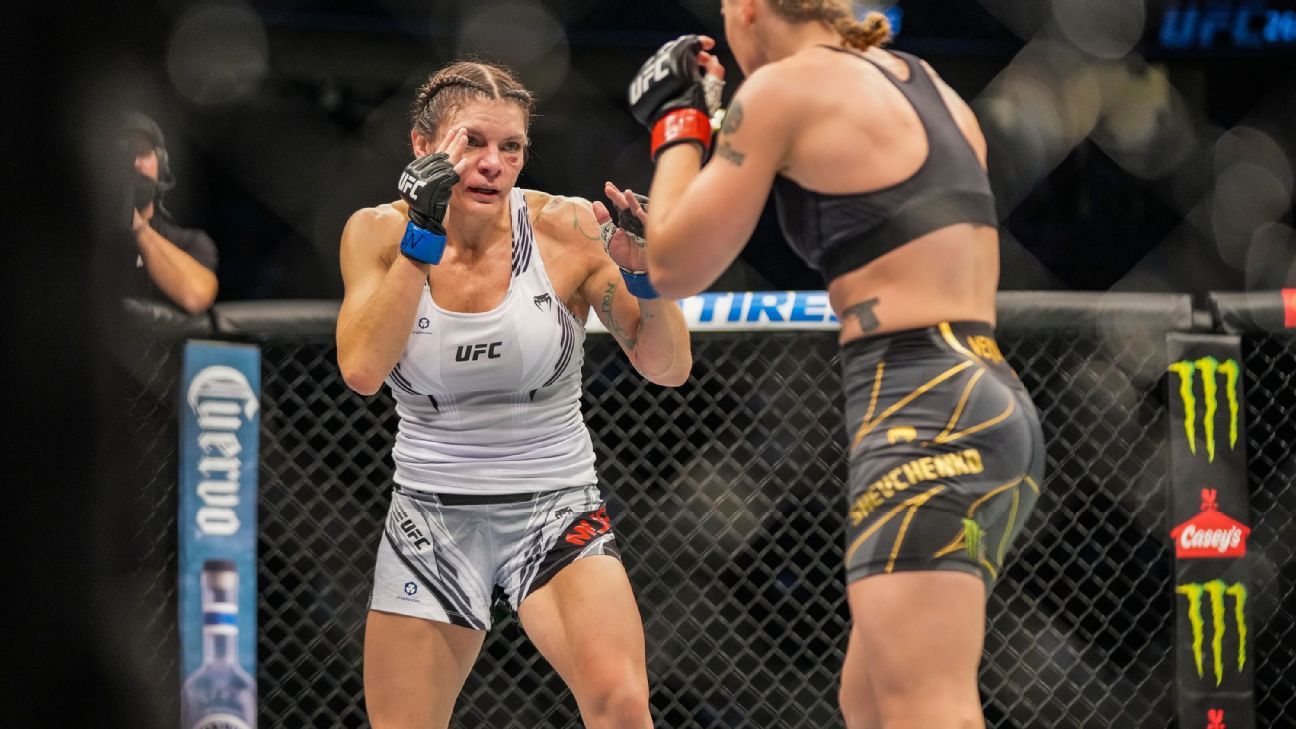 A scheduled women’s flyweight contender bout between Miesha Tate and Lauren Murphy has been moved to UFC Long Island on July 16, the UFC announced Monday.

The bout was moved from UFC 276 on Saturday, the UFC said, due to COVID-19 protocols. Murphy wrote Sunday on Twitter that she tested positive for COVID.

“It’s super unfortunate to get COVID right before International Fight Week,” Murphy wrote. “But I just couldn’t, in good conscience, go forward with the fight this weekend and risk getting others sick. I’m recovering, and will be in fighting shape soon.”

ESPN has Murphy ranked at No. 4 in the world at women’s flyweight. Tate, one of the biggest women’s stars in UFC history, will be making her flyweight debut at USB Arena in Elmont, New York. Tate is a former UFC women’s bantamweight champion.

Tate (19-8), 35, of Las Vegas, returned from a five-year retirement last July. She went 1-1 in 2021 and decided to move down to flyweight after a loss to Ketlen Vieira last November. Murphy (15-5), a 38-year-old Houston resident, fought for the title in her last bout, a loss to champion Valentina Shevchenko at UFC 166 last September.