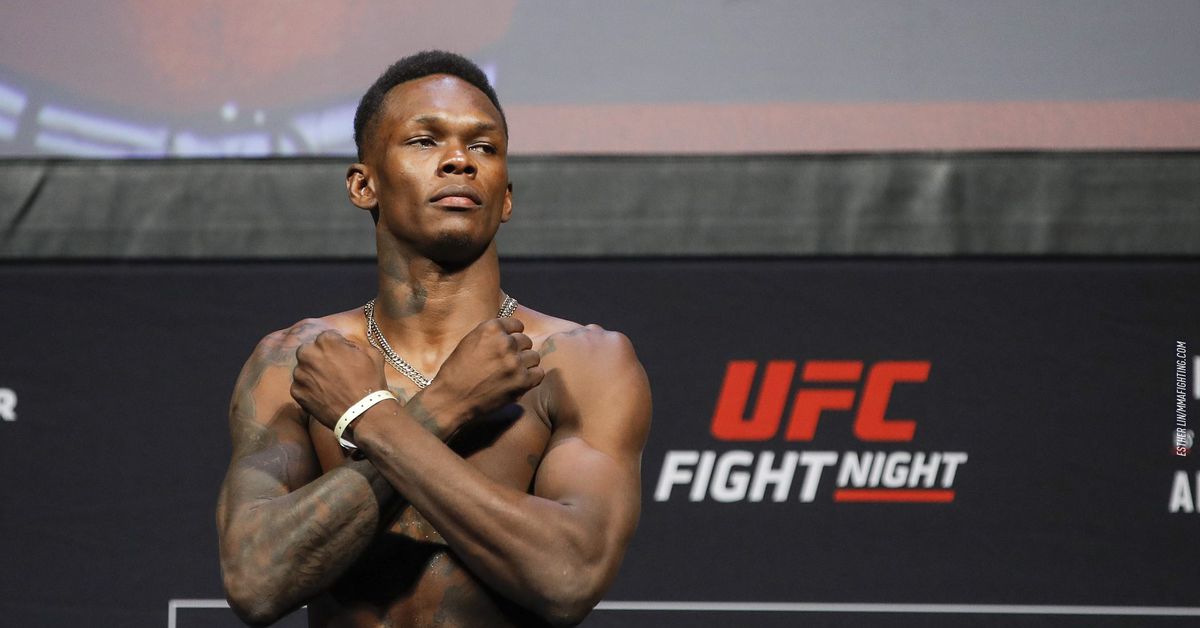 On Saturday, UFC 276 takes place at T-Mobile Arena in Las Vegas. In the main event, middleweight champion Israel Adesanya defends his title for the fifth time, facing the hard-hitting No. 4-ranked contender Jared Cannonier. It’s a fight that both Adesanya and Cannonier have courted for a long time and figures to be a striker’s delight, so let’s discuss what each man needs to do to win, any X factors in play, and ultimately what will happen.

Paths to Victory for Israel Adesanya at UFC 276

As the betting lines suggest, this fight is Adesanya’s to lose, and as such, the UFC middleweight champion does not need to do anything outside the norm to retain his title this weekend.

Adesanya’s striking is some of the best that MMA has ever seen, and it begins with his ability to dictate range and pace. Adesanya is lanky and has excellent footwork that allows him to set a long range to work behind. From there, he is content to potshot away with jabs and leg kicks until his opponent decides to wade into the middle ground, at which point he fires nasty counter shots while stepping off on angles. There is plenty of tape to suggest that both parts of this strategy will be highly effective against Cannonier.

Against Robert Whittaker, Cannonier spent the better part of 15 minutes getting his face jabbed off while trying to keep pace with leg kicks. When Cannonier stepped in, Whittaker either circled away and reset to the middle – or sat down on a counter combination before circling out. In the third round, one such combination dropped Cannonier, icing a comfortable unanimous decision victory for Whittaker. A similar thing happened in Cannonier’s fight with Derek Brunson when he got reckless and charged forward on Brunson – he was dropped by a counter uppercut that nearly ended the fight.

Cannonier’s willingness to charge in recklessly is a hole Adesanya can exploit.

Alternatively, Adesanya can also have success by taking the initiative from Cannonier. Cannonier, like many MMA fighters, is substantially better when he’s moving forward than back. Brunson repeatedly put Cannonier on the back foot in their fight, and when he did, he found success, landing shots over the top on the retreating Cannonier. Adesanya has substantially more craft than Brunson when taking the lead, and there’s a lot of logic in making your opponent fight in the manner in which they are the least comfortable.

Paths to victory for Jared Cannonier at UFC 276

As mentioned above, Cannonier is at a decided disadvantage in this fight. But that doesn’t mean he can’t find success, and, perhaps paradoxically, his best path forward is to do the things he does best, even if that puts him in firing range of Adesanya’s best weapons. As the old saying goes, dance with the girl who brought you, so Cannonier needs to dance with pressure, leg kicks, and haymakers.

Cannonier is at his best when he is dictating the pace of the fight. For him, that usually means consistently coming forward, using kicks to respond to counters and to corral opponents, and then swinging hammers. Against Adesanya, that is going to open him up to return fire, but it’s also a proven method of success against the champion. Kelvin Gastelum gave Adesanya hell by virtue of having a granite chin and a total disregard for his own safety. He launched himself at Adesanya, and while he mostly got the worst end of the exchanges, he landed big and hurt Adesanya a few times as well. That’s Cannonier’s best bet too.

Now, Cannonier does not have nearly the chin that Gastelum does (few do), but he does have some other weapons that will serve him well: low and body kicks. When Adesanya disengages from Cannonier to reset, the challenger should look to chop the leg and the body of the champion. Not only will this score points directly – it also lays the foundation for future success. If Cannonier, a good kicker, can take out Adesanya’s legs, he’ll be much easier to force into exchanges as the fight progresses. Plus, Cannonier has tremendous cardio, and while Adesanya has never shown that to be a weakness, rifling shots to the ribs will suck the wind out of anyone, again opening up more chances in the later rounds.

Lastly, though this has never been a big part of his game, Cannonier should look to clinch when he can. Adesanya has proven to be a very good defender of takedowns, but Marvin Vettori was able to chew up big portions of their rematch simply by holding Adesanya against the cage. Cannonier may be shorter than Adesanya, but the former heavyweight is still bigger than the champion and should have an advantage in strength. Wearing on Adesanya in the clinch works toward the same goals as the kicking while also putting the champ in a position where he offers limited offense. Think of this as the fourth line in hockey – play that’s more physical than technical and is primarily used to soak up minutes and shorten the fight.

I’m not here to say that Cannonier has a bad chin, but “The Killa Gorilla” has been dropped in two of his last three fights, which is concerning for a man who turned 38 this year and is facing arguably the most precise counter-striker in the sport today. To win, Cannonier is going to have to “walk through a bit of fire”, and if his chin is not up to the task, this becomes a much, much shorter fight.

This fight strongly favors Adesanya. Cannonier is not a bad fighter, but he is going to struggle to generate consistent offense, and when he does, he will eat a lot of counters. As the fight progresses and gets further and further, Cannonier will be compelled to take bigger risks to catch up, and in so doing, he will eat the shots that will put him down for good.

Israel Adesanya by KO in Round 4.