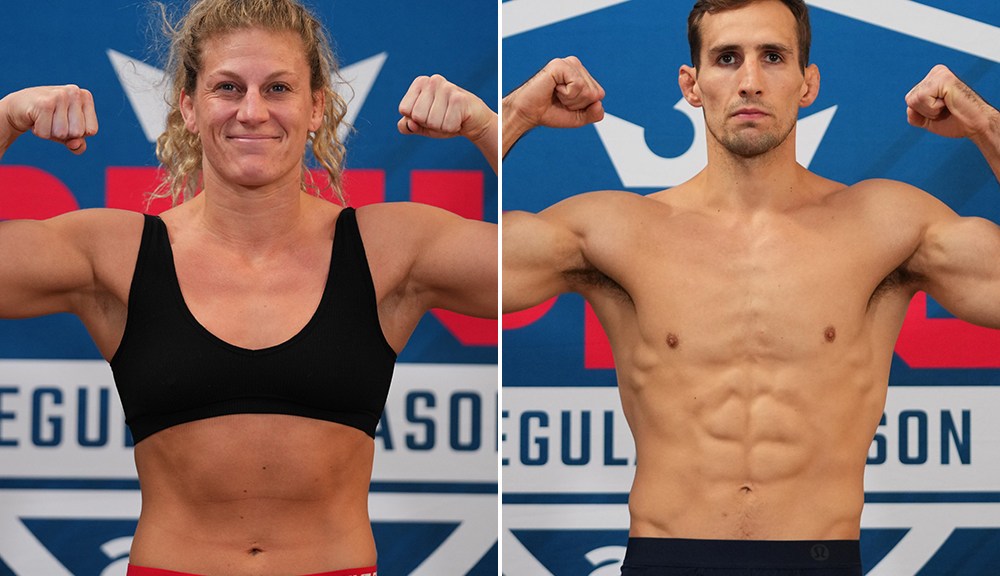 The weigh-ins are in the books for the PFL’s final regular season event, and all the fighters on the card hit their marks.

In the main event, two-time women’s lightweight champion Kayla Harrison (13-0) takes on Kaitlin Young (12-12-1), who was a late replacement for former Bellator women’s featherweight champ Julia Budd. Young was the first fighter to the scale during the two-hour official window and was 155 pounds on the nose. Harrison weighed in at 155.6 to make their fight official.

Dilano Taylor (9-1) weighed in as a welterweight alternate and hit his mark at 170.8 pounds. It didn’t take long for him to be called into service, either. He’ll step in for Joao Zeferino (26-10), whom he beat in May by split decision, to take on Magomed Magomedkerimov (29-6).

Women’s lightweights and welterweights are fighting Friday for their second time this season with a final chance to earn regular season points to qualify for the postseason. The four-fighter playoff fields for featherweight, lightweight, light heavyweight and heavyweight were set in the past two events.