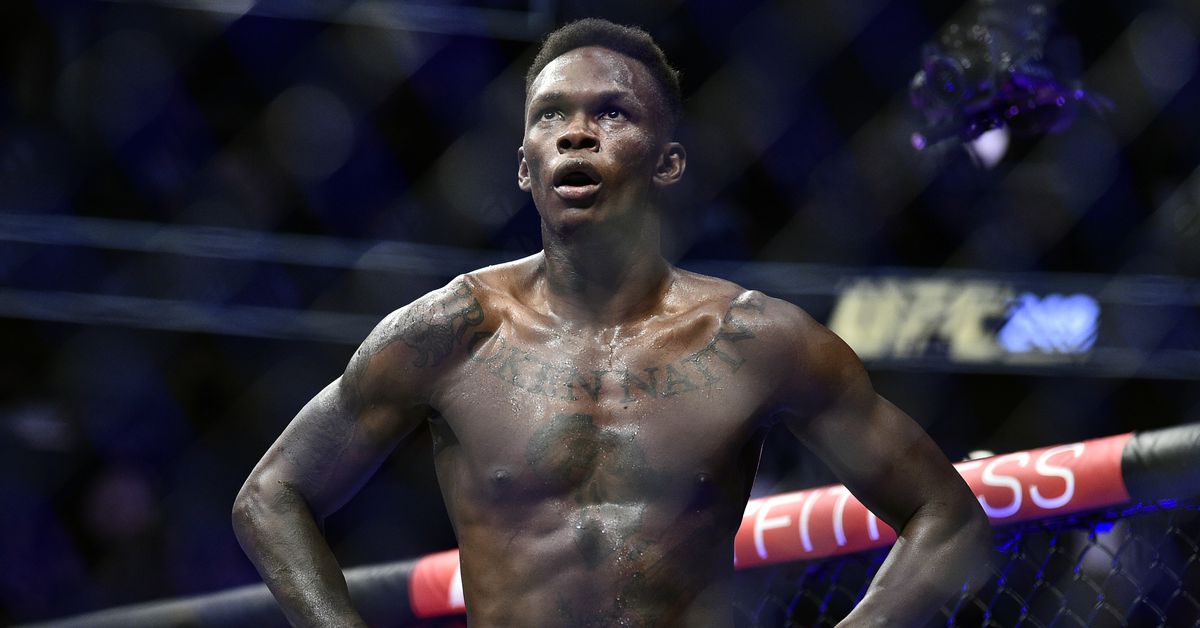 UFC middleweight champion Israel Adesanya has a long way to go before he surpasses Anderson Silva as the greatest middleweight champion in the history of the promotion but he’s certainly off to a great start, capturing the crown from Aussie rival Robert Whittaker at UFC 243 before rattling off four consecutive title defenses.

I don’t think it’s fair to consider a light heavyweight loss to Jan Blachowicz a blemish on his otherwise stellar record, any more than we use Max Holloway’s lightweight defeat to Dustin Poirier to poke holes in the Hawaiian’s remarkable run as featherweight champion. Weight classes exist for a reason and “The Last Stylebender” is not built for 205 pounds.

That said, I don’t think we should give him a free pass for a pair of losses to Alex Pereira, either. I know the current narrative from Team Izzy is that “Poatan” scored those victories in a “different sport,” perhaps forgetting that Adesanya has not attempted a single takedown across his last nine fights and has zero submission attempts during that same span.

Adesanya is a kickboxer and spends most of his UFC fights kickboxing.

And why not? It’s a winning formula and if it ain’t broke, don’t fix it. It just sounds silly to paint kickboxing as some foreign entity, like Pereira is somehow Michael Jordan trying to play baseball for the Chicago White Sox. Adesanya and Pereira are better strikers than most (if not all) of the middleweight contenders and will continue to exploit that vulnerability until the rest of the weight class catches up.

As far as a potential third fight, that’s inching closer to reality and could come to fruition after the UFC 276 pay-per-view (PPV) event this Sat. night (July 2, 2022) at T-Mobile Arena in Las Vegas, Nevada. That’s where Adesanya defends his division title opposite former heavyweight Jared Cannonier, not long after Pereira challenges No. 4-ranked Sean Strickland for the next 185-pound title shot.

If Adesanya (22-1) and Pereira (5-1) both win, you can expect them to run it back at the end of the year. I also think it makes sense for them to face off if they both lose, a scenario I am secretly rooting for just to see MMA Twitter lose its collective mind. Imagine UFC headlining a year-end PPV with Cannonier vs. Strickland?

Part of me wants to see it!

I don’t believe Adesanya needs to avenge his losses to Pereira to cement his status as an all-time great in UFC. But if we’re talking about his combat sports legacy … well, I think it’s important to note his knockout loss to Pereira at Glory of Heroes 7 was the last time Adesanya competed in kickboxing.

Probably not the way he wanted to go out.

Regardless, it was the right move. “The Last Stylebender” banked $150,000 in his first fight with UFC, planishing Rob Wilkinson in the second stanza to capture his show purse, win bonus, and a $50,000 “Performance of the Night” award. More money for an easier night at the office?

Like Lt. Aldo Raine once said, “I’d make that deal.”

Supporters will argue that Adesanya has done enough post-kickboxing to render the Pereira losses irrelevant, sort of how Chuck Liddell — once considered the apex predator of the light heavyweight division — was able to distance himself from his Quinton Jackson defeat under the PRIDE banner back in late 2003.

Right up until “Rampage” debuted in UFC and promised to do it again.

“I don’t think he wants the fight due to the history that we have,” Pereira said during the UFC 276 media day. “If he really wanted the fight, when I first signed with the UFC he wouldn’t let me do three fights like I’m doing now. He would just go to the organization and if he agrees, I want the [trilogy] right now and I want to get back those losses. But after my win [at UFC 268], he said I still have four more wins before I reach to him. This is the third. But now goes and says that he wants to fight me next and everything that he’s saying because he sees that it’s on the contract so he has nowhere else to run.”

Prior to joining UFC, most MMA fans never heard of Pereira and probably would not have paid much attention to his victories over Adesanya, but now “Poatan” is a rising middleweight contender with an opportunity to seal the deal on the biggest stage in combat sports.

That’s under the skin of Adesanya (and probably has been for a long time) and if you think he doesn’t care or hasn’t been paying attention, then you don’t understand sports. I would be willing to bet it matters to “The Last Stylebender” as much as it matters to his legacy.

Now let’s cross our fingers and hope Pereira holds up his end of the bargain this weekend in “Sin City.”

MMAmania.com will deliver LIVE round-by-round, blow-by-blow coverage of the entire UFC 276 fight card right here, starting with the early ESPN+ “Prelims” matches online, which are scheduled to begin at 6 p.m. ET, then the remaining undercard balance on ABC/ESPN+ at 8 p.m. ET, before the PPV main card start time at 10 p.m. ET on ESPN+ PPV.

For the rest of the UFC 276 fight card and PPV lineup click here. To check out the latest and greatest UFC 276: “Adesanya vs. Cannonier” news and notes be sure to hit up our comprehensive event archive right here.

Dana White is listed as a possible Donald Trump mole on betting odds
Watch: The Top Finishes From UFC San Diego Fighters (Preview)
Dominick Cruz Has No Clue Why Chito Vera Is Mad At Him – MMA Fighting
UFC 278 Clash: Pedro Vs. Hunsucker!
Ranking the fights at UFC 278