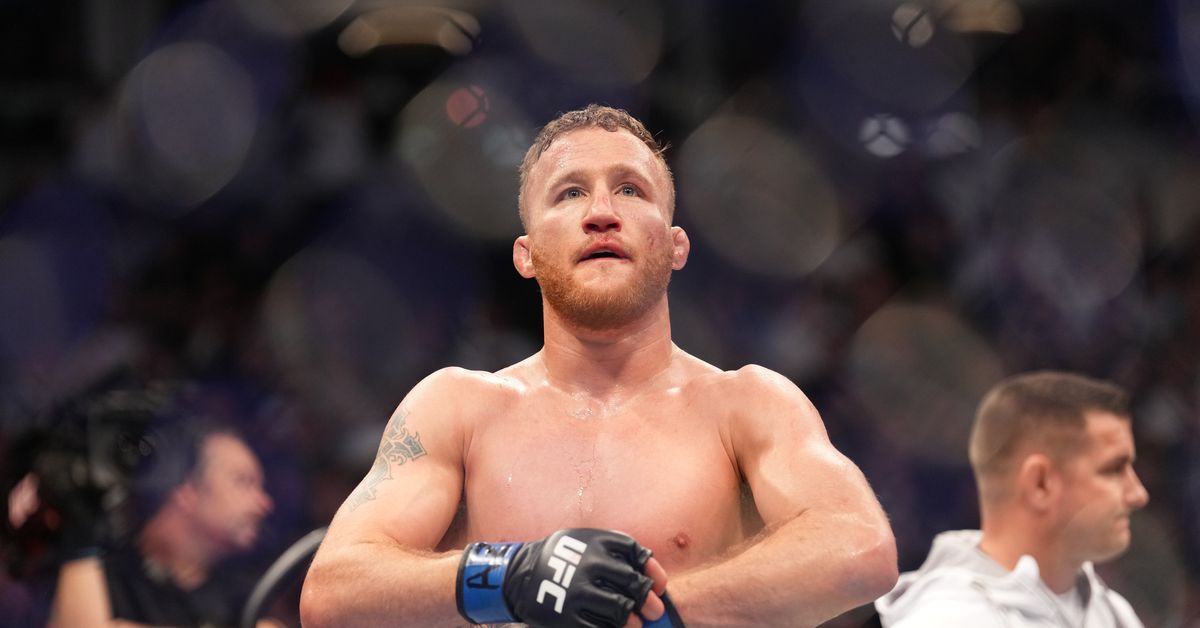 Justin Gaethje isn’t consumed by regret after suffering a submission loss to Charles Oliveira at UFC 274 in his second bid to become undisputed lightweight champion.

It was a battle from start to finish, but despite two knockdowns, Gaethje ended up on the ground with Oliveira locked on his back, which is where the Brazilian sunk in the fight-ending rear-naked choke. Now, nearly two months removed from the loss, Gaethje admits that the emotional high he was riding while competing in front of a home state crowd in Arizona may have gotten the better of him.

“It’s a crazy game we play,” Gaethje said ahead of the UFC Hall of Fame induction ceremony on Thursday. “It’s the reason I love it. It’s a game of inches, and at the end of the day, being at home in front of my crowd, sometimes you lose control of your emotions. I’m not exactly sure what happened. I had the time of my life, but it’s a crazy game we play.

“I haven’t lost one night’s sleep over it because ultimately I can only control my preparation,” Gaethje added. “I do regret not controlling my emotions entirely, but we play a fun game. It’s an emotional game. It’s damn near impossible.”

Despite the loss, Gaethje put on yet another thrilling performance, which has become a staple of his career in the UFC, but ultimately his goal has always remained becoming champion.

The setback didn’t make him lose too much ground in the lightweight division, but Gaethje says the next order of business for his career is getting a longstanding problem with his nose repaired.

“I’m going to get nose surgery, July 14,” Gaethje revealed. “Take a good month to recover and get back to work.

“I’ve been waiting for 13 years for somebody in MMA to break my nose and it hasn’t happened. I broke it in wrestling practice 13 years ago. Life’s been hell since then. I have to wear a nose strip to bed every single night. Eating, sleeping, living, training, fighting, I don’t even know what my f****** voice sounds like.”

The surgery will repair the longstanding damage done to his nose, then Gaethje plans to get back to the grind with hopes that he’ll either return to the cage in late 2022 or early 2023.

While he isn’t ready to start naming potential opponents, Gaethje is still determined to compete for UFC gold again, but he’s honest enough with himself to acknowledge that he’s probably moving into the final phase of his career.

“I’ve been waiting a long time to get this [nose] broken,” Gaethje said. “No one’s done it so I’m going to do it myself and give it one last run towards the title.

“There’s a few fights that are going to happen. I’ll let those happen. I want a clear two- or three-fight path back to the title fight, and I want to earn it like I should. I have a great manager, I’m not worried about it too much. I’ll be ready to fight.”