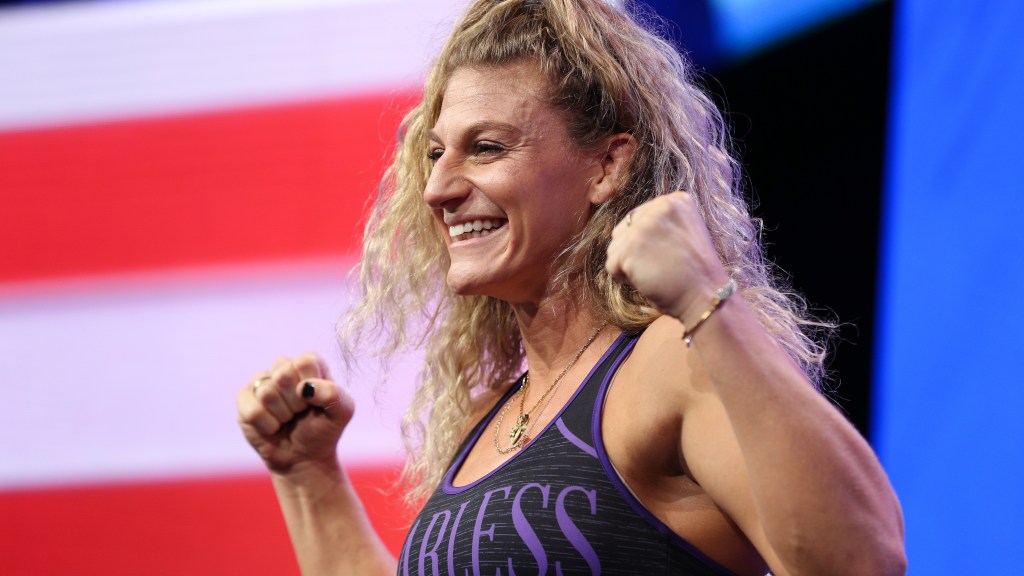 Kayla Harrison is once again heading to the playoffs.

The two-time PFL champion is one step closer to a third after taking care of business in the main event of 2022 PFL 6 at the Overtime Elite Arena in Atlanta. Short-notice replacement Kaitlin Young stood in Harrison’s way on Friday evening, but was unable to put up much resistance.

It was a dominant performance from Harrison (15-0) in the final regular-season bout on the PFL schedule, who made quick work of Young (12-13-1).

Just over a minute into the first round, Harrison implemented her dominant grappling game and dumped Young to the canvas with a powerful takedown. The Olympian began working from side control, looking for submission attempts. A few seconds later, Harrison transitioned to the back and began raining down punches to the head of Young. The referee warned Young to fight back but her positioning did not improve and the stoppage soon followed.

“The goal is to go out and dominate, sometimes you just feel it,” Harrison said during her post-fight interview.

Harrison won her first fight of the season, picking up three points in a unanimous decision win over Marina Mokhnatkina at 2022 PFL 3 in Arlington, Texas. Harrison was originally scheduled to face former Bellator champion Julia Budd on Friday, but was replaced by Young after withdrawing from the fight.

Gaining six points for her first-round finish on Friday, Harrison enters the playoffs in the second seed behind Larissa Pacheco, who also earned six points at the event.

The women’s lightweight playoffs, which take place in London in August, are now set with the first round pitting Pacheco vs Olena Kolesnyk, and Harrison vs. Martina Jindrova.