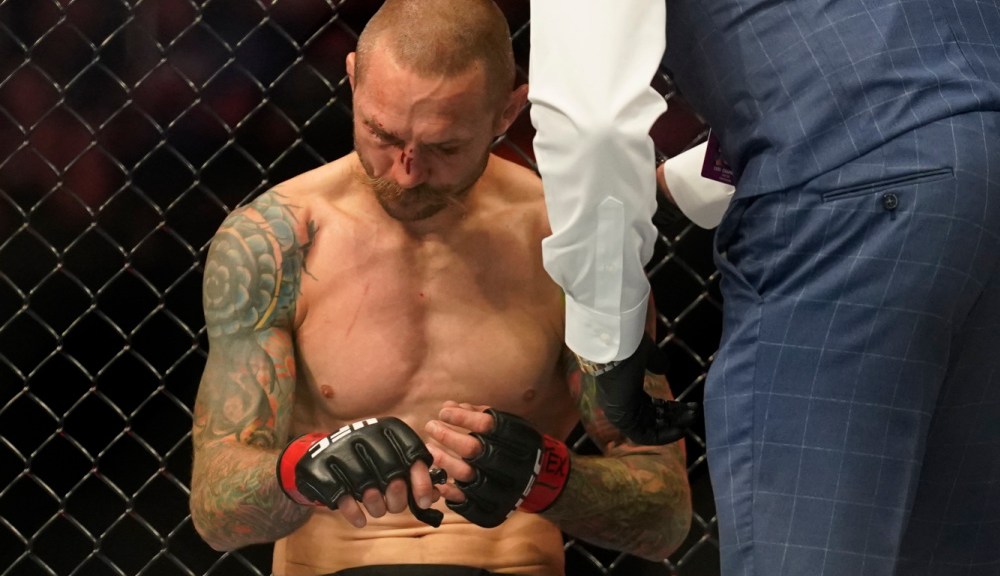 Eddie Wineland walked away from MMA after nearly 20 years in the sport.

Wineland (24-16-1 MMA, 6-10 UFC), a longtime UFC fighter and former WEC bantamweight champion, retired after a 59-second knockout loss to Cody Stamann at UFC on ESPN 37 earlier this month. The loss was the fifth in his past six outings.

The 38-year-old has been a contender for the majority of his career. He competed for the interim bantamweight title at UFC 165 in 2013, but fell short when he was stopped by Renan Barao. Wineland explained that over the years, he gradually lost the love for the process and decided it was time to hang up his gloves.

“It’s kind of weird honestly,” Wineland told MMA Junkie Radio. “I don’t really know how to explain it. It’s like I don’t have to wake up and go to the gym if I don’t want to, and that’s kind of what stemmed this whole retirement thing was, this whole last training camp, I questioned myself – not what am I doing, but I just questioned the I’m not having fun anymore.

“When I have to go to the gym, it’s not fun to me. When I want to go to the gym, I’m having a blast. Before this training camp, I was going to the gym and training and helping these other guys get ready for a fight and that was so much fun to me. And then it’s like, ‘Hey guys we’re going to fight in June,’ and then all of a sudden I have to be there. If I’m not there, then it’s just – there’s other consequences for it. I just stopped having fun. It wasn’t fun to me anymore (after) 20 years, 19.5 years, call it what you will.”

Wineland departs the sport on three consecutive first-round knockout losses. He said after 41 professional fights, he decided it was time he stopped taking damage.

“There’s a lot of miles and there’s a lot of wear on the body,” Wineland. “My boys are 5 and 7, and all too soon their childhood going to be a distant memory to me, and I want to be able to walk away from this sport still being able to remember things, still being able to run around with them with my sanity, with my physical health, with my mental health. I want to be able to enjoy that stuff.”