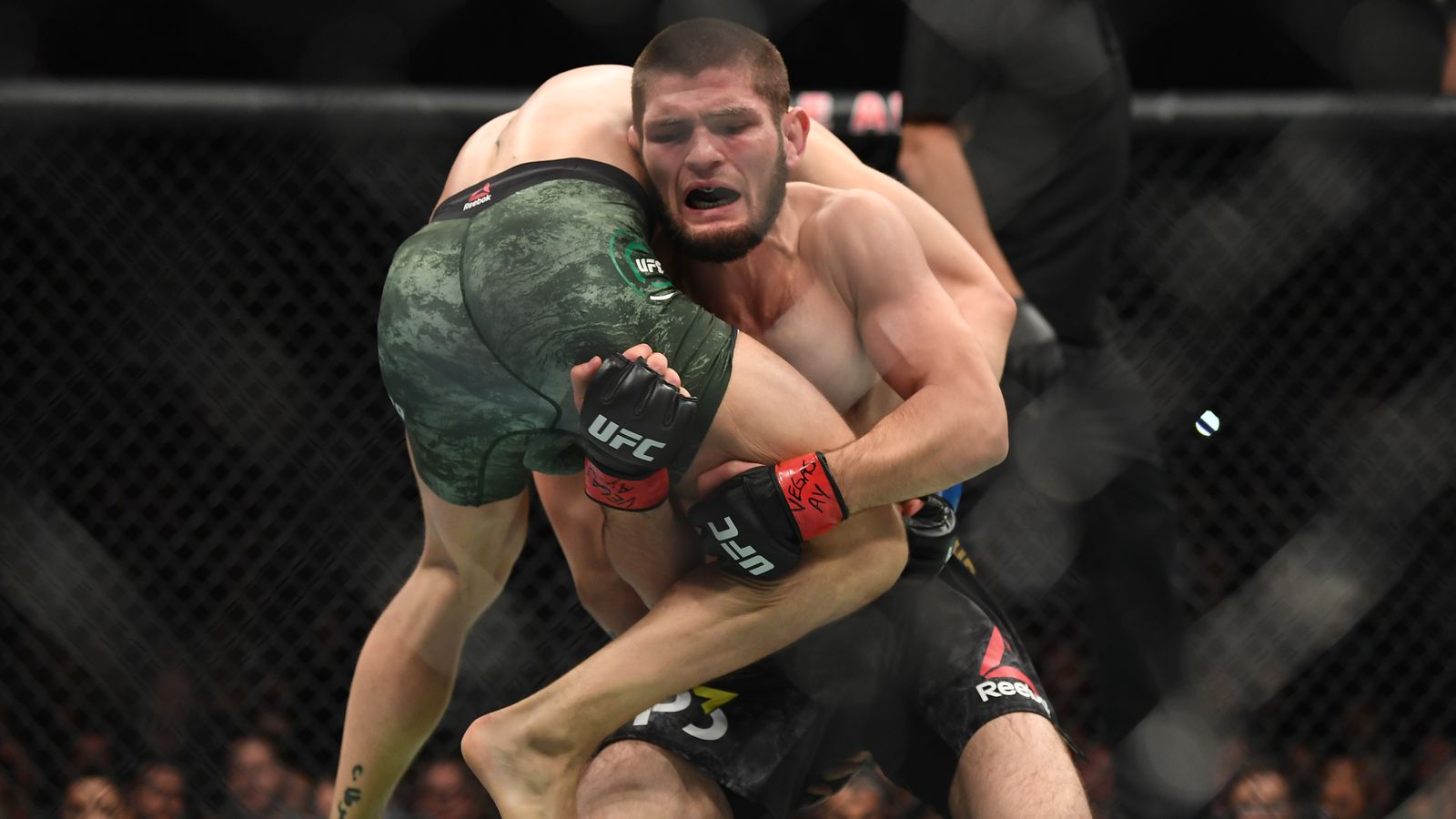 Khabib Nurmagomedov took a look back at his mixed martial arts (MMA) career while being inducted into the UFC Hall of Fame on Thursday and couldn’t help but mention his biggest rival, Conor McGregor.

After walking away from the sport in Oct. 2020 after submitting Justin Gaethje at UFC 254 Nurmagomedov was on the fast track to join UFC’s growing Hall of Fame. With an undefeated professional record of 29-0 (13-0 UFC) and four UFC title fight wins, Khabib will go down as one of the best lightweight fighters of all time. His legacy in the sport could have grown even larger if he hadn’t retired following the death of his father.

Nurmagomedov was inducted earlier this week alongside fellow teammate and former UFC champion, Daniel Cormier. While Khabib has many great accomplishments to hang on his wall the 33-year-old believes his grudge match against McGregor was the biggest moment in his professional career. Fight fans may be surprised that Nurmagomedov was willing to talk about “Notorious” during a night for himself, but that’s exactly what Khabib did.

“It was here – this arena – Oct. 6, 2018,” Nurmagomedov told reports on the UFC Hall of Fame red carpet. “Biggest fight in MMA history. I’m very happy I win this fight. I can lose any of my fights. But no way this fight.”

In case you forgot, Khabib and McGregor collided in a massive lightweight title fight at UFC 229 back in 2018. The amount of trash talk that McGregor spewed out before the fight was at an all-time high. Nurmagomedov tried his best to not let McGregor under his skin, but it seemed to be working. Luckily for Khabib, he was able to dominate “Notorious” from pillar to post and capture a fourth-round submission win. After the fight, both teams collided in an infamous cageside brawl.

“The whole world was watching this fight,” said Khabib following his induction. “This fight become bigger than our sport. Bigger than MMA. Bigger than UFC. This is one of the best moments to ever happen in my professional career.

“People never talk about when I jump, with me jump all this sport to another level.”

Unfortunately, fight fans never got to witness a rematch between Khabib and McGregor. That’s because Nurmagomedov walked away from the sport two years later and McGregor never stayed active enough to work his way back into a lightweight title shot. It would have been the biggest rematch in the history of the sport, but fight fans will have to be satisfied with just the one meeting.