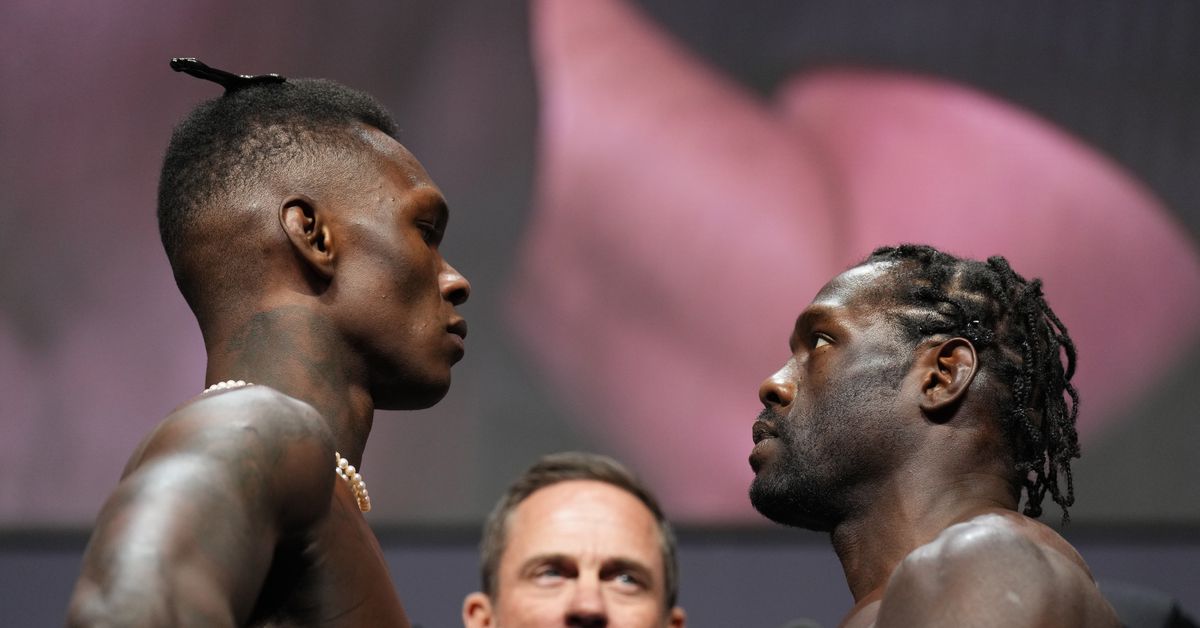 Adesanya’s last pair of title defenses have felt fairly unchallenging for “Stylebender.” Sure, Robert Whittaker came on strong in the last couple rounds, but Adesanya had built such a lead by that point that it never felt like the former kickboxer was in any sort of trouble. In short, his grip on the division looks stronger than ever, though this is his first new Middleweight challenge since Paulo Costa. Cannonier is certainly a unique threat. He may look all athleticism and explosive power, but while he certainly has those traits in spades, Cannonier is a deceptively tricky striker who has tools at every distance.

Adesanya’s typical gameplan seems to match up well versus Cannonier’s striking style, as he’s the more active and effective striker at distance. Outside of his own low kick, Cannonier mostly relies on bursts. Adesanya is the more consistent minute-to-minute striker, which means he’ll likely be able to build the early lead that’s so helpful for his usual gameplan.

So long as Adesanya is winning the points game (and smashing up the lead thigh), the onus is on Cannonier to attack. While his bursts commonly feature stance shifts, off-beat timing, and other trickiness, Adesanya’s footwork should keep him away from the worst of it. Instead, Cannonier will have to prolong those combinations further than usual, and that’s when Adesanya’s pull-uppercuts tend to be so devastating.

Obviously, Cannonier probably wins this fight by knockout and little else. He’s probably not going to decision Adesanya, whose style is built to win five-round fights. However, I’d like to see Cannonier fight as if he were planning for this one to go the full 25 minutes, because consistent damage is his best path to a victory and finish alike.

At range, Cannonier should be kicking with Adesanya. He’ll have to feint and be crafty, but his power kicks to the calf and arms are formidable. They will slow down his opponent’s movement and punches if he’s consistent. Cannonier can hold his own in the pocket too. He’s crafty enough to get off power shots without overexposing himself in the process, particularly if he’s content to land without loading up. Finally, Cannonier likely has a real advantage in close quarters. If he can occasionally crash into Adesanya and start chucking elbows, that’s a real dangerous area for the champion.

If Cannonier puts out consistent offense at the three ranges mentioned, he’s got a real chance at hurting Adesanya either over time or with a single clean connection.

This has the potential to be a pretty standard “Stylebender” fight … or something really special.

Even with his brief foray into Light Heavyweight, Adesanya is racking up title defenses quickly. He can earn the fifth ruby on his belt tonight and turn away arguably the most dangerous new challenge to his title in the process — not a bad night at the office. Already No. 3 in the pound-for-pound rankings, another title defense could also buy Adesanya another chance at jumping up to 205 pounds.

If not, Alex Pereira or Sean Strickland is probably next.

As for Cannonier, the 38-year-old’s entire combat sports career has built toward this bout. Handing “Stylebender” his first Middleweight defeat and capturing undisputed gold are both gigantic accomplishments … and “Killa Gorilla” could do both with a single punch. Cannonier has always had the feel of a special athlete and special fighter, and this is really his moment to prove that notion correct by living up to the challenge in front of him.

At UFC 276, Israel Adesanya and Jared Cannonier will battle in the main event. Which man leaves the cage with a belt?

MMAmania.com will deliver LIVE round-by-round, blow-by-blow coverage of the entire UFC 276 fight card right here, starting with the early ESPN+ “Prelims” matches online, which are scheduled to begin at 6 p.m. ET, then the remaining undercard balance on ABC/ESPN+ at 8 p.m. ET, before the PPV main card start time at 10 p.m. ET on ESPN+ PPV.